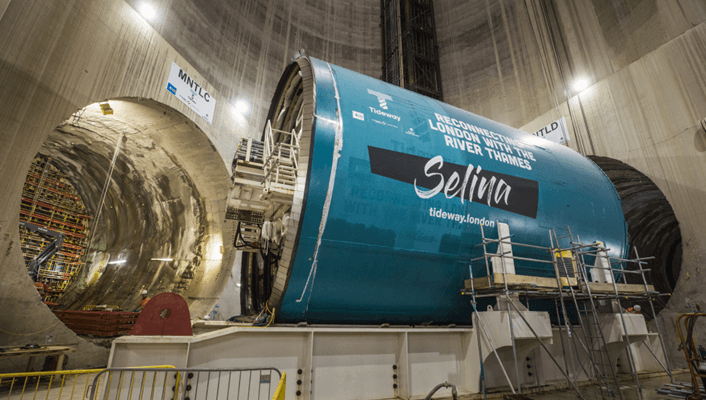 Selina TBM, which is building the last 5.5km stretch of the £4.1bn “super sewer”, lately crossed under Brunel’s Thames Tunnel near Wapping in London.

Thames Tideway’s tunnel boring machine, which is boring between Chambers Wharf in Bermondsey and Abbey Mills Pumping Station, has successfully passed under the Thames Tunnel, which links Wapping and Rotherhithe.

Marc Brunel designed the Thames Tunnel which was built in 1825-1843, and his son Isambard Kingdom Brunel completed it. The tunnel which is 396m long and runs at depth of 23m, is mentioned as the first one to have been constructed successfully beneath a navigable river.

In addition, it was the first project that used a tunneling shield, a technology that is still employed by tunnel boring machines today. The elder Brunel and Thomas Cochrane invented the shield and it was patented in 1818. The essential innovation involved its support for the unlined ground in front and near it to decrease the risk of collapse. 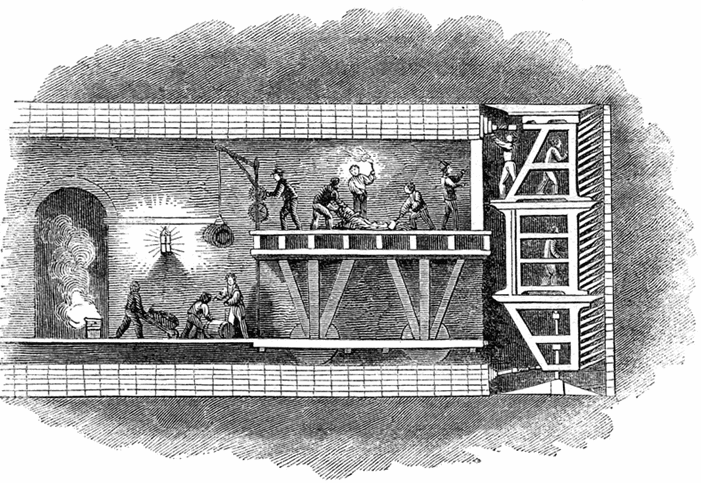 At the moment, Selina’s front shield and cutterhead weigh about 800t, while its diameter is more than 8m. With the accompanying six gantries, the TBM weighs almost 1,500t and stretches to 111m. This machine is one of the six TBMs to have been used to build the super sewer.

“This was a historic event on Tideway over the weekend when the eastbound TBM passed under Brunel’s Thames Tunnel. That was the first-ever use of a tunneling shield, and while they experienced some major challenges, they paved the way for the TBMs that we use today. Well done to the team for safely tunneling underneath this historic asset – a key moment in our Tideway program,” stated Andy Alder, the Tideway program director.

TBM Selina was the last on the Tideway project to get underway. It will complete the tunneling phase of the 25km long Thames Tideway Tunnel under construction to intercept sewage overflows before they pollute the River Thames.

In its newest annual report, Tideway declared that the scheme achieved many essential milestones in 2020/21 despite the pandemic restrictions.

Timmy the Tunneller Reached in Belfast for Flood Alleviation Project