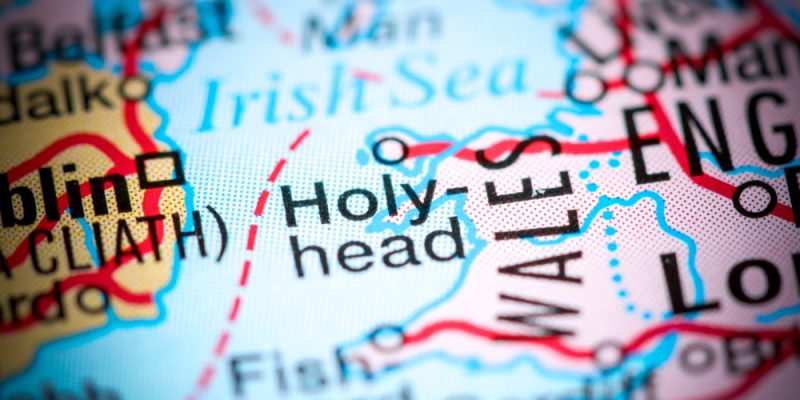 According to tunneling expert Bill Grose, a Wales-to-Ireland tunnel might be a “more appealing” option than the previously proposed Scotland-to-Northern Ireland route.

In an interview with the Financial Times last week, Transport Secretary Grant Shapps suggested an 80-kilometer tunnel connecting Ireland and Wales, with some claiming the line might stretch from Holyhead to Dublin. Tunnelling consultant Bill Grose – a former British Tunnelling Society chair – told NCE that the existing infrastructure in Holyhead and Dublin could make the route a better option than the previously mooted link from Belfast to Stranraer.

“I can see it being more attractive to investors because you’re connecting more existing infrastructure on the Welsh side with more on the Irish side,” he pointed out. “Dublin is bigger city than Belfast. There is more infrastructure in Holyhead than Stranraer. It’s less of a business risk.”

Grose believes the current road and rail infrastructure between Holyhead and Dublin will suffice. “the additional landside infrastructure costs would be less”.

He went on to say that because Liverpool and Manchester are closer to Holyhead than Scotland, a Wales-Ireland connection might be built if commerce and passenger routes between the two countries were plotted out. “would make more sense from a transport point of view”.

Another important factor is water depth, with the Irish Sea between Dublin and Holyhead being rather shallow at 120 meters at its deepest point.

Grose described: “The water is not particularly deep so it would be possible to build an island or put some sort of platform or cofferdam halfway across, either temporary or permanent, to provide some sort of ventilation or access. So I think the water depth helps. It makes it quite attractive in tunnelling terms.”

According to Grose, tunneling expenses are anticipated to range between £5 billion and £7.5 billion, with a project cost of £15 billion being a plausible initial estimate.

The tunnel would be nearly twice as long as it is now.

Since the bridge proposal was initially mentioned, other possibilities for a Scotland to Northern Ireland crossing have been proposed.

Three tunnels under the Irish Sea might join in a “underground circle” underneath the Isle of Man, according to Downing Street officials.

Three beginning places are proposed: Stranraer, Heysham, near Lancaster, and one near Liverpool.

Then there was a single tunnel that would run on from the Isle of Man to Northern Ireland.

Grose has already mentioned a number of issues with the concept.

Another advantage of the Wales to Ireland proposal, according to him, is that it would be “shorter in overall tunneling terms” than the Isle of Man route.

Various groups have submitted formal proposals for an Irish Sea link between Scotland and Northern Ireland as part of the government’s ongoing Union Connectivity Review, which will look at ways to improve transportation infrastructure across Scotland, Wales, Northern Ireland, and England via road, rail, and air, as well as across the Irish Sea.

In the summer, the review will be released.

There will be a skills shortage for major road and rail developments.