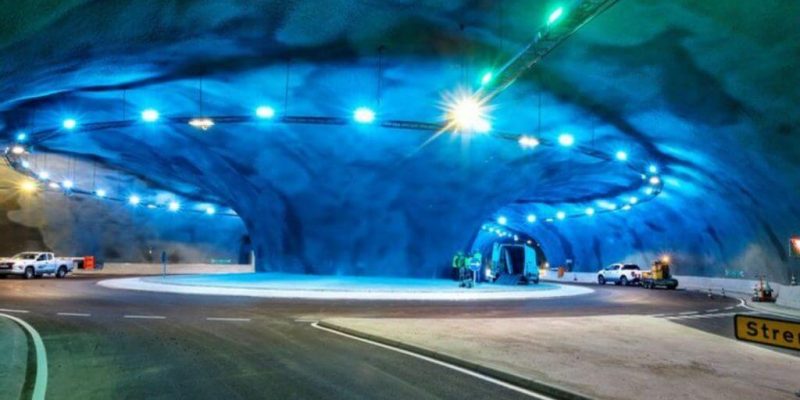 A prominent Scottish engineer supports the bids for undersea road tunnels which could improve the connectivity of Scotland’s island communities.

In April, the Scottish government proposed the construction of a tunnel with 27km length that links the Western Isles and mainland Scotland.

A similar tunnel constructed in the Faroe Islands, where the islands of Eysturoy and Streymoy is linking by a new 11km network, is a suitable example for this project that is presented by Cowi executive director Andy Sloan.

A 58 minutes reduction in travel time among the capital Torshavn and Runavik is a significant benefit of this scheme.

According to Sloan’s interview with BBC Radio Scotland: “In the Faroes, the social impact is quite dramatic – tunnels have improved connectivity and are giving communities opportunities of repopulation and getting to hospitals and amenities. Can we build these tunnels? Yes. The sustainability of rural communities is at the heart of this.”

In Sloan’s idea, the similarity of the suggested Scottish tunnel’s need for rock blasting to that used in the Faroes and Scandinavia, is a realistic prospect.

“We often get bogged down from an engineering, geology, and technology perspective, but there is no question these tunnels are feasible to construct,” Sloan said.

He also added: “Tunnels would not be needed to replace ferries but would be part of the mix of islands transport.”

Bids for the Western Isles to mainland Scotland tunnel involve a dual carriageway-width subsea link, which could be built between the western isle of Benbecula and Skye. The distance between Rarnish on Benbecula to Neist Point on Skye is the shortest interval between Scotland and the Western Isles.

The predicted budget for this project is £450M.

In accordance with Argyll and Bute MP Brendan O’Hara’s opinion trying out on a short route first could be possible. He also hopes a tunnel might be even being considered on the mainland as a solution for problems on the A83 at the Rest and Be Thankful, which has been frequently affected by landslides.

Emphasizing the success of the Faroe Islands tunnels, O’Hara said: “The Faroese have got this idea that the Faroes is one city and no one should be disadvantaged by where they live. They have to keep their rural villages populated and they are prepared to invest in keeping people where they want to stay.”