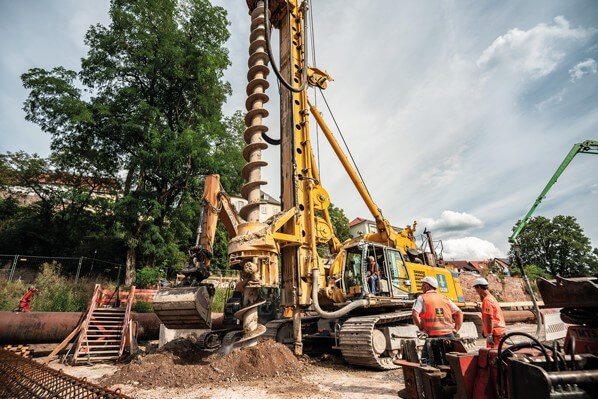 According to the Ciria research manager Chris Pressdee at the British Geotechnical Association annual conference was held in the current week, the geotechnical baseline reporting (GBR) project is nearly at its final draft stage for editing and publishing.

The writers of this document are a team from Mott MacDonald and Geotechnical Consulting Group (GCG), while a leading group for the project has been managed by Tom Berry from Jacobs.

Pressdee explained: “The aim of this project was to firstly improve the understanding and promote the application of GBRs in the UK, but also to try and spread the GBRs to more non-tunnel-related projects.”

He added: “The steering group has had several detailed and lengthy debates with good representation and views from clients, consultants, and contractors. I’m fairly confident in saying that consensus has now been reached. And the report is due for its independent peer review with a publication being planned for early next year.”

The Ciria natural slopes project, which is for developing best practice guidance for the evaluation of landslide hazard and risk, follows on from two other guides on infrastructure cuttings and embankments.

“This guidance has been developed because the scope of condition appraisal and remediation of manmade slopes or engineered slopes differs considerably from natural ones,” Pressdee said.

Pressdee also asserted: “So, unlike engineered slopes, natural ones are composed of heterogeneous materials and quite often have a potentially complex subsurface topography that is really hard to assess with routine investigation methods. And asset managers with elements of infrastructure at risk from landslides need some help assessing the potential hazards, especially with regard to things like travel distance of these slides.”

He noted: “The project was virtually complete and ready for peer review. It should thus be fully edited for publishing early next year.

The other two geotechnical projects, however, are only just starting.

The Ciria piling guides involve the review, update, and amalgamation of three existing guides. After lots of consultation with the Federation of Piling Specialists, and other leading figures in the industry, it was agreed that we needed a good practice guide to complement existing standards, but with a really strong focus on construction.”

Pressdee continued: “So, after a lengthy tendering process, I’m really pleased to say the Coffey is leading the authorship with key input from three leading contractors – Cementation, Bauer, and Aarsleff. The draft outline was reviewed by the steering group just a couple of weeks ago. And this one is being chaired by Kelvin Higgins (CGC). Work is now in progress on the first full draft. But there’s a lot of work to do on this one because we really need to ensure that the guide doesn’t become too big. But we do have a healthy program and are expecting to finish this later next year.”

“You may already be aware of or you routinely refer to C671 on tunnel inspections and maintenance. But that guide is nearly 12 years old, and the sector has really undergone some rapid technological advances recently, “stated Pressdee.

While Martin Knights, prior International Tunneling and Underground Space Association president, is chair of the steering group, Mott MacDonald is serving as lead author.

In accordance with Pressdee’s statement: “The report will commence very shortly and there will be a targeted period of engagement with the industry to help shape the draft outline and really decide whether we produce an addendum to C671 or create a completely new document that supersedes the original guide.”

He also added: “With significant funding from Network Rail, and a really strong host of experts in tunnel management, this guide is really highly anticipated.”

The estimated date for publishing this guide by Ciria is early 2023.