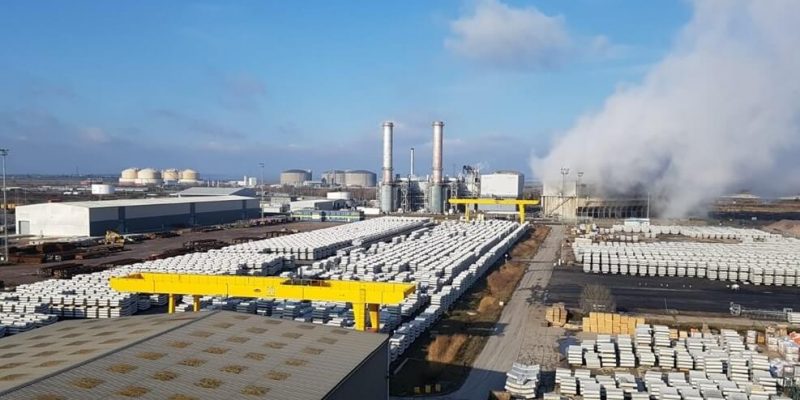 Skanska Costain Strabag, the HS2’s London tunnels consortium, has signed the first of two contracts for manufacturing the concrete precast tunnel segments on its stretch of the route.

Pacadar, the British arm of the Spanish group is going to produce the tunnel lining at its factory on the Isle of Grain in Kent.

It is going to be the greatest contract the precast specialist has ever delivered to the UK and will create 180 jobs.

The segments are going to be used in the first TBM drives in London when two great machines will be launched in early 2022.

The manufacturing is going to start in January next year at the factory and then, the materials will be delivered to the launch site in West Ruislip by rail where the building of the twin bored, 5-mile Northolt Tunnel West will start.

More than 160,000m3 of concrete will be used to create the 7-tonne segments which form a 9.5m outside diameter tunnel 0.35m thick. Each complete ring is produced from seven segments and one key.

“This is an important milestone in the program as we get closer to launching our first two tunnel boring machines next year,” stated the managing director of SCS JV, James Richardson.

He continued: “We’re building 26 miles of twin-bore tunnels, covering the 13-mile distance between West Ruislip and Euston, tunneling up to 50 meters below ground.

“Using rail to deliver all our segments required for our tunneling program will help us to remove one million lorry journeys from the road over the lifecycle of our program.”