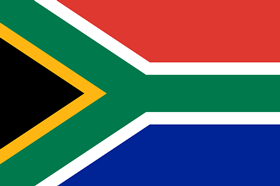 Statistics South Africa released the data that shows South Africa’s construction sector contracted by 33.4% in the second quarter of 2020 due to the Covid-19 pandemic.

This is a decrease of 76% on an annualized (what growth would be more than a full year if the quarter-on-quarter growth rate were to happen four times in succession) basis for construction.

Generally, the South African economy saw its GDP (Gross Domestic Product) decrease by an annualized 51% in the second quarter of 2020, its fourth consecutive economic decrease recorded. Since many sectors were badly affected construction suffered one of the biggest losses, with the sector hit by a very strict lockdown in April which only gradually eased in May and June.

The national statistics service said: “Perhaps the second quarter of 2020 will become known as the pandemic quarter,”

Now, the construction has experienced its eighth consecutive quarter of economic decrease and the mining sector has also been critically affected.

Yasmine Ghozzi, economist at GlobalData stated: “South Africa’s construction industry is forecast to contract by 14.3% in 2020.”

She also asserted: “Although there will be an improvement in the second half of the year, as restrictions on activity are eased and construction sites and mines resume operations, the industry’s outlook remains bleak and is expected to continue to be hit hard by the impact of high national debt, labour shortages and low infrastructure spending amid a depressed economy.”