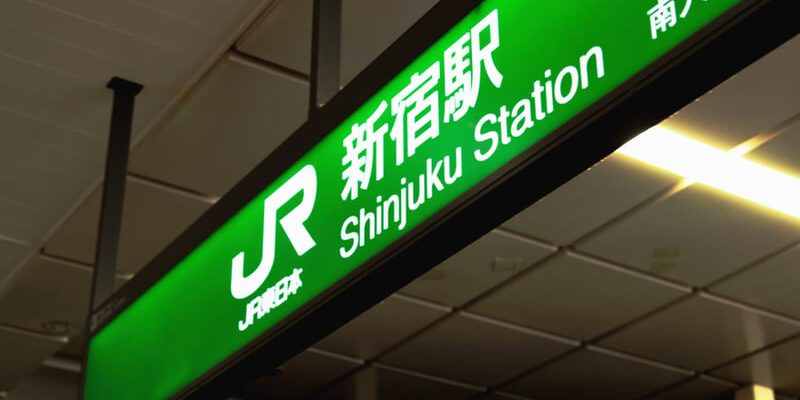 Shinjuku station which is located in Shinjuku and Shibuya in Tokyo, is the world’s second-largest station building, after Nagoya station in Aichi Prefecture, central Japan. It is handling 3.6 million passengers a day and making it one of the busiest stations in the world in terms of passenger numbers.

Shinjuku includes five stations that are JR-East, Odakyu Electric Railway, Keio Corporation, Tokyo Metro, and Toei Subway. The station is a connection between central Tokyo and its western suburbs.

The station contains ten platforms that serve 20 tracks and 12 train links. It has four major entrances and exits, comprising a west gate, east gate, south gate, and new south gate, plus 200 exits and an underground arcade.

The east of Shinjuku station is devoted to shopping and comprises restaurants, department stores, and kiosks.

JR Railways hosts nearly 17 million passengers per day and comprises seven ground-level island platforms placed on a north-south axis. The platforms are linked by concourses (two overhead and one underground). It provides urban and suburban mass transit services and offers long-distance services on the Chuo to Kofu and Matsumoto line.

Odakyu station hosts 90,000 passengers per day. The line starts from the southwest to the coastal city of Odawara, which contains the mountains of Hakone. Ten platforms comprising six overground and four underground have been constructed on two levels below the Odakyu departmental store. Platforms are placed on both sides of the track which separates boarding and alighting passengers.

Keio, the non-JR Railway, is one of the most crowded railways of Japan hosting 710,000 passengers per day. This station, which is a terminus, has three underground platforms, with local trains on platform one and express services on platforms two and three. It links Shinjuku to Meidaimae, Chofu, and Keio-Hachioji in western Tokyo.

Tokyo Metro’s Marunouchi Line has two underground platforms that start from east-west to the north of JR and Odakyu facilities, below the Promenade underground mall placed on the northern side of Shinjuku station.

The station is about a five-minute walk from the JR Shinjuku station’s west or east entrances. It has three platforms, with platform one serving local trains and platforms two and three serving express trains.

Shinjuku station was operational since 1885. Previously, it was a stop on the Akabane-Shinagawa line (now part of the Yamanote Line).

The opening of highway lines, comprising Chuo (1889), Keio (1915), and Odakyu (1953), followed in rising traffic through the station. Subway services with Marunouchi Line at the station began in 1959, while the services of Toei Shinjuku and Toei Oedo lines started in 1980 and 2000.

Plans were drawn in the past to link Shinjuku to the Shinkansen network. According to the schedules, the station was ought to be the southern terminal of the Joetsu Shinkansen line to Niigata.

Specific End Date Would be ‘Deadly’ for Elizabeth Line