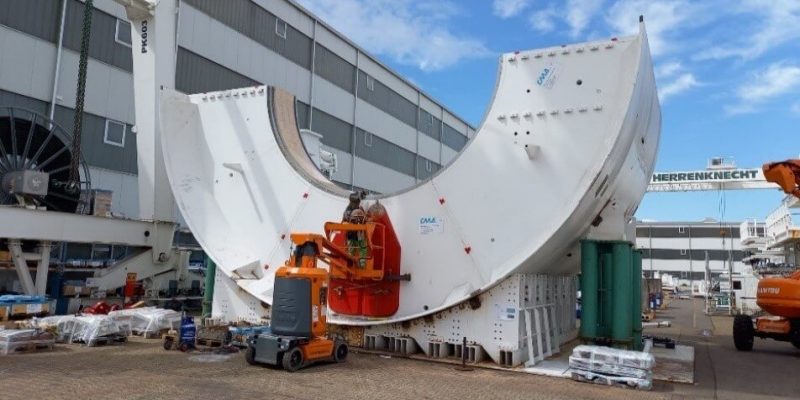 Herrenknecht’s, the construction equipment manufacturer, teams are busy with preparing a custom-built TBM (tunnel boring machine) for Scarborough Subway Extension at a facility in Schwanau, Germany.

As crews continue to make the TBM launch shaft ready for Ontario’s Scarborough Subway Extension, workers from halfway around the world are constructing the TBM and getting it ready for its great journey through the Atlantic Ocean.

The machine is going to construct a tunnel with a 10.7m diameter, which will be the greatest subway tunnel in Toronto, Canada.

Earlier this year, Infrastructure Ontario and Metrolinx have finalized the project’s tunneling contract with the Strabag consortium.

The Scarborough Subway Extension which is 7.8km, is planned to be the first subway project in Toronto to work in both directions within a single tunnel, thus demanding only one machine to make all the necessary space.

At the end of September, after teams testing and completing quality control at the Herrenknecht facility, they will disassemble the huge TBM.

Because of its great size, the TBM will travel in multiple shipments. The machine shipments are set to reach to the Canadian shores in early 2022. Then, the parts will move by truck to the launch shaft site at Sheppard Avenue and McCowan Road, where crews will reassemble the machine.

They are going to lower the assembled TBM into the ground, later in the spring, so that it can start tunneling its way south under McCowan Road, excavating about 10m of tunnel per day.

Once this leg of the journey is completed, workers will take out the TBM from the ground at an extraction shaft that will be constructed at Eglinton and Midland.

Infrastructure Ontario and Metrolinx are working jointly to complete the Scarborough Subway Extension, which is anticipated to be done by 2029-30.

This project is an essential part of Ontario’s £16.4bn (C$28.5bn) subway expansion program, which also comprises the Yonge North Subway Extension, the Ontario Line, and the Eglinton Crosstown West Extension.