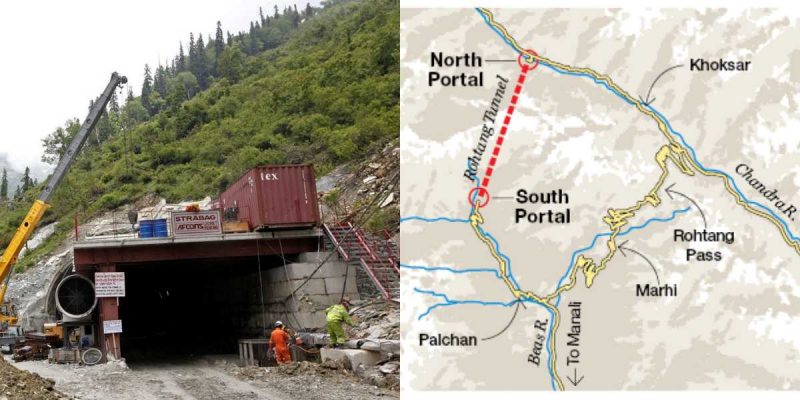 Rohtang tunnel renamed as Atal tunnel in the Himalayas, India is still under construction underneath Rohtang pass; however, it is assumed that it will be accessible by September 20. The new 8.8km corridor links Manali to Leh city and will reduce the journey time by two and a half hours and the journey length from 474km to merely 46km.

Following potential disruptions since 2011, including water inflow into the tunnel, geological challenges, set the project completion in February 2015 in storms.
The tunnel is being built at the cost of $1.4 billion and ensuring the full opening in September, despite the lockdown, more than 700 laborers work in turns.

K.P. Purushothaman, Chief Project Engineer, explained: “When the (Covid-19) lockdown was imposed, laborers from Bihar and Uttar Pradesh working on the tunnel migrated, causing a major labor problem. Later, we arranged labor from different parts of the state. Almost all major civil and engineering works have been completed, and the remaining works will be completed before September 20.”