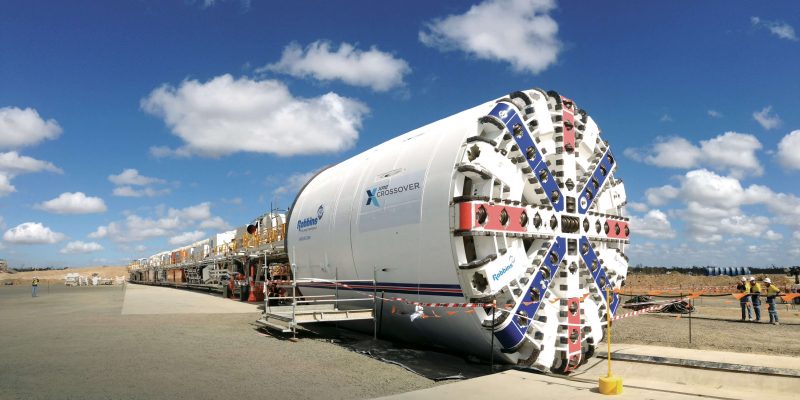 Robbins has reported that one of its TBMs – a 13.77m-diameter Crossover XRE tunnel boring machine – has broken a new world record for the best day, week, and month performances in the 13-14m-diameter range.

The ground-breaking record happened during the mining of the Esme-Salihli railway tunnel, Turkey, where the TBM bored the best day, week, and month records: in June it achieved 28.5m in one day, 133.2m in a week, and 455.4m in one month, thereby surpassing all previous performance rates by TBMs of this diameter.

The operated XRE TBM which is used by project contractor Kolin Construction – was launched at the end of March 2021 on a 3.05km mined as part of the Ankara-Izmir High-Speed Railway Project for Turkish State Railways.

Up to this point, the TBM has encountered difficult and weak ground, majorly a mix of mudstone with gneiss, in which it performed nicely, assisted by its powerful torque and thrust.

Other features which aided the XRE TBM to get through the challenging conditions comprise the facility of having both screw conveyor and belt conveyor remain in place, thereby enabling swift conversion between modes, and operation in full Earth Pressure Balance and hard-rock modes.

Before this project, the TBM had been in storage for seven years but was previously upgraded which, added Robbins, proved the durability of its machines.

Normet Brought New Technologies for Concrete Spraying to the Market