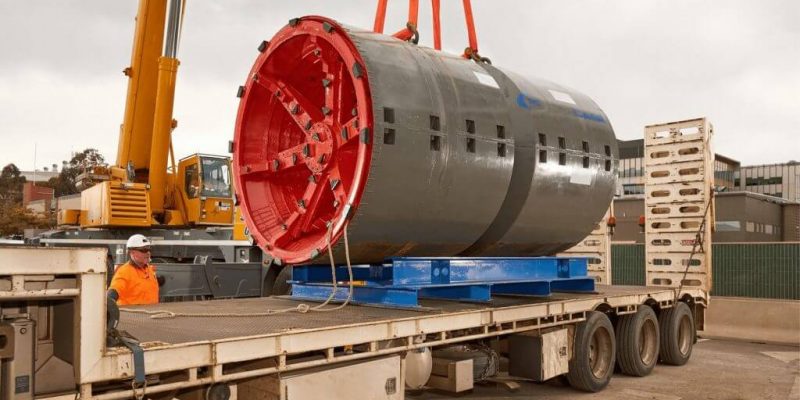 The micro tunnel boring machine (TBM) in the Perth Rail Project (a part of the Metronet Thornlie-Cockburn Link project), is seeking a new name from the Western Australian Government.

The micro TBM in question, which has 3.5m long and 27t weight, will dig the twin tunnels with 100m length below the existing freight rail corridor near the Ranford Road Bridge in Perth and it aims to provide the Water Corporation’s Serpentine Trunk Main to be relocated.

Australian tunnel boring specialist Rob Carr, is responsible for this operation and the estimated time for commencing this work is this August and September.

The TBM which was used to excavate the twin 8km tunnels that were part of Metronet’s Forrestfield-Airport Link, was also named in a similar competition in 2017 by Western Australian school students.

One of the Forrestfield-Airport Link TBMs was named Sandy, inspired by WA’s tunneling insect the sand groper, while the other was named Grace in honor of pre-primary student Grace McPhee, who was nominated by her classmates at Edney Primary School for her bravery while undergoing leukemia treatment.

The deadline for this competition is 26 July and the transport minister Rita Saffioti will announce the winner.

Commenting on the competition, Saffioti said: “Construction machinery such as TBMs, are traditionally given female names for good luck in honor of the patron saint of underground workers. We received more than 100 entries during the TBM naming competition in 2017, and, with another tunneling job to start on the Metronet Thornlie-Cockburn Link, it’s a great opportunity for a new naming competition.”

She continued: “Western Australians have a strong track record for coming up with many creative, locally-inspired suggestions during similar competitions in the past and I’m excited to see what they can come up with this time. Our government has eight Metronet projects under construction, supporting thousands of local jobs.”

In December 2019 the newest Alliance comprising of Australian firms CPB Contractors, the Downer Group, and the Public Transport Authority, was formed to deliver the Thornlie-Cockburn Link back.

While the Thornlie-Cockburn Link with 17.5km length will be Perth’s first east-west cross line connection, its advantages will be improving travel around the city by train and providing an upgraded public transport service to Perth’s southern suburbs.