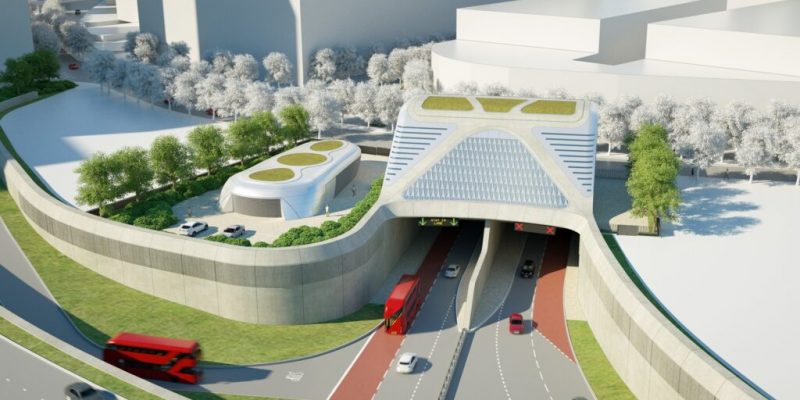 In order to controlling the climate emergency, London mayor Sadiq Khan has forced to “pause and reflect” on plans for the Silvertown Tunnel.

Green Party assembly member, Zack Polanski, asked for a “comprehensive review” of the scheme, at Mayor’s Question Time that was hold on 24 June.

Mr. Polanski said: “Opposition is growing by the day. How loud does this have to be for you to pause and reflect? Last month I promised to push you further and faster when I believe there are gaps in your plans for climate emergency and this tunnel is a pretty huge gap. Londoners are rightly very concerned about it and I think more will be as awareness grows.”

While he requested from Sadiq Khan to have a session with local residents to talk about the plans, Khan stated that: “The scheme has been one of the most heavily scrutinized projects in the history of the mayoralty. It has been consulted on in one form or another on 10 separate occasions. All these consultations helped TfL develop its proposals with the benefit of feedback from the public and other stakeholders.”

He also asserted: “As a result of this extensive consultation and engagement and my own review of the project, the scheme is very different to the one first envisaged, with better public transport, walking and cycling provision, concessions and discounts people, support for local businesses and stronger environmental commitments for construction. We’ve long needed a new river crossing in this part of London and I’m confident we have the right scheme for Londoners.”

The Silvertown twin Tunnels, which have1.4km length and is going to link south London with the Tidal Basin Roundabout in Silvertown to reduce the congestion at the Blackwall Tunnel, is due to be completed in 2025.

Despite spending almost £56M on this controversial project by TfL in May, the project attracted a lot of attention in the build up to the London Mayoral Election with many local politicians calling for it to be scrapped on environmental grounds.

In April, a request with the theme of stopping working on the Silvertown Tunnel to re-evaluate the scheme’s environmental impact, has been sent to urged transport secretary Grant Shapps and London mayor Sadiq Khan by group of senior transport planners and climate experts.

While in the indicated letter, the group of 52 academics and campaigners had asked Shapps and Khan to have an “emergency review” on this project for determination that if the East London project is in line with the UK’s climate change objectives, working process of this project is undergoing with more than 60% of completed piling.