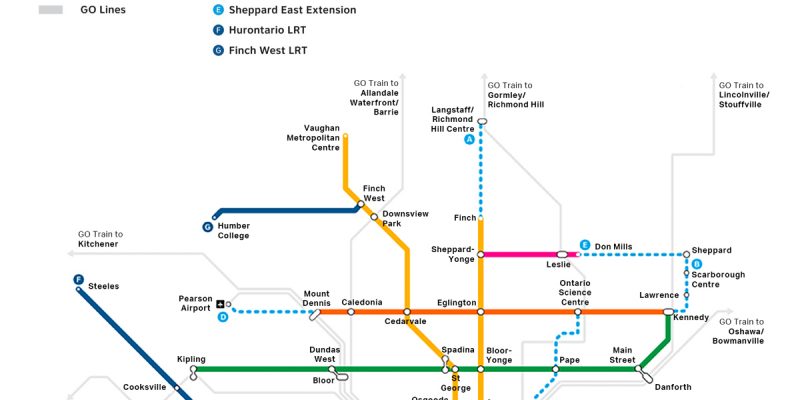 The expansion of the Ontario Line contributes to decongest traffic and flourish post Coronavirus economic recovery. The transit project costing 10.9 billion will begin shortly, according to Caroline Mulroney, Minister of Transportation, and Kinga Surma, Associate Minister of Transportation. The line will connect Exhibition/Ontario Place to the Ontario Science Centre through 15 possible stations and 17 extra multi-modal connections.

The government called bids for the design, construction, and maintenance of the railway. As a result, three public-private partnership (P3) requests were issued, which emphasize the future developments and prospects in the transport section.

Minister Mulroney announced that the Ontario Line’s progress is a step closer to boost the economic recession after the outbreak of the Coronavirus. Issued Requests for Qualifications to build the 15.5 Km project covers the design-build-finance contract for the southern section, rolling stock equipment, plus the maintenance contract. The second lot for the northern civil work will be announced shortly after the southern section’s finalization.

Investing in transportation to bring relief and new opportunities to transit users and commuters is the government’s main priority to deal with the massive overcrowding in the first line. More importantly, it is the role of the federal government to raise their contribution and fundings. Registration interest at http://www.merx.com/.

Three additional transit projects, the Yonge North Subway Extension, Scarborough Subway Extension, and the Eglinton Crosstown West Extension, are under construction to improve the resident’s travel experience. The total budget allocated to all four is worth 28.5 billion dollars.