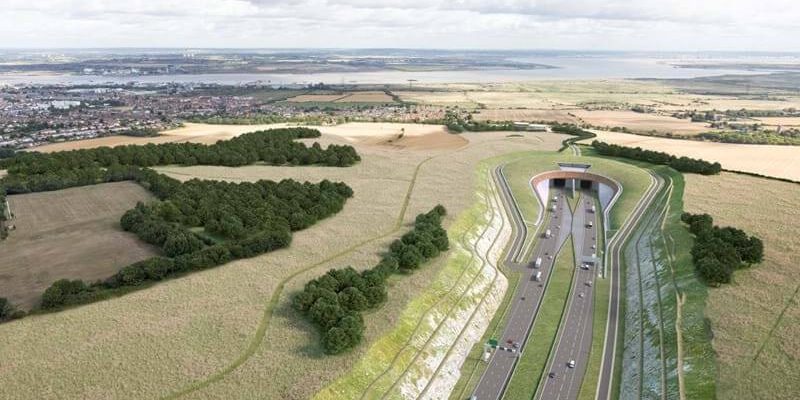 A new public consultation has been launched by Highways England on the impact of its planned Lower Thames Crossing that is going to take in 22.9km of new road and the UK’s longest road tunnel.

The two-month community impacts consultation comprised changes that have been applied to the project since last year’s consultation. Highways England removed its original planning application in November 2020 following feedback presenting that the Planning Inspectorate was going to decline the proposals. This was because of the concerns over the designed construction and the predicted environmental and ecological effects of the plan.

Highways England stated that the new consultation has the purpose to “give communities the opportunity to express their views on its proposals to build and operate the Lower Thames Crossing, and how the project would reduce its impact on the local community and environment”.

The public has to provide feedback on the project through a dedicated consultation website until 8 September 2021.

The Lower Thames Crossing will almost double road capacity across the River Thames east of London. An essential component is going to be the 4.2km-long road tunnel that will lie 53m beneath the river surface. Also, the plan will include 50 new bridges and viaducts. Other benefits comprise two new parks, 46km of improved and new public paths, and 260ha of new woodland and community woodland. It is worth saying that the project will support 22,000 jobs during the construction.

Landmark Moment in the Marana Tunnel on SS260