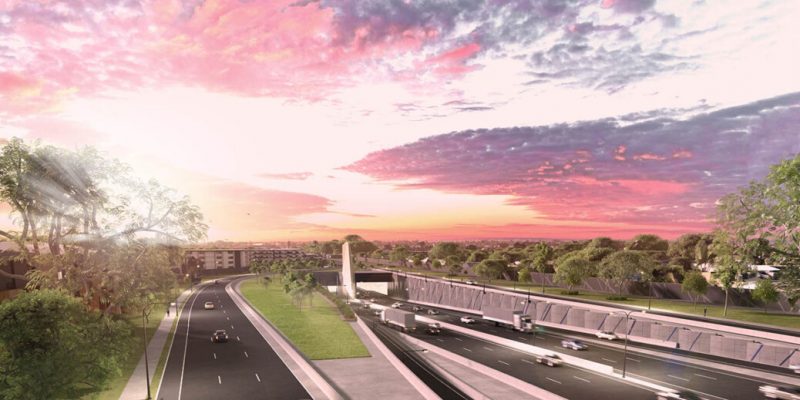 A launch site which is a purpose-built one near Tonsley Boulevard, in Clovelly Park, has been announced for T2D (the Torrens to Darlington) tunnels — the most and last complicated part of the North-South Corridor.

The site which is known as the Southern laydown area will be used to set up two TBMs that are going to bore 4kms of tunnels for the new 6km motorway, which will link Darlington to Anzac Highway at last.

Hon Paul Fletcher MP, the Federal Minister for Communications, Urban Infrastructure, Cities and the Arts stated that the announcement signified an essential milestone in the delivery of the project.

Fletcher mentioned: “The Morrison Government has invested billions in the North-South Corridor – the most significant infrastructure project ever undertaken in the state – as part of its record $110 billion infrastructure investment pipeline, which is helping to drive the nation’s world-leading economic recovery.”

“The 10.5km Torrens to Darlington section is the final piece of this important project and is set to reduce travel time for commuters in Adelaide by up to 24 minutes.

He added: “Significant work has already been done to progress this project, including hundreds of geotechnical investigations and the design for relocation of important utility services such as water, gas and telecommunications.”

Hon Corey Wingard MP, South Australia’s Minister for Infrastructure and Transport declared that the project was entering an exciting time as construction commenced on the most intricate part of the North-South Corridor.

Wingard said: “T2D is the biggest job-creating infrastructure project this state has ever seen and will generate more than 4,500 jobs for South Australia.”

“The project team has commenced engagement with affected property owners in the southern laydown area and negotiations regarding acquisition have begun.

He continued: “When we announced this project, we made a commitment to let the community know as soon as possible, when activities would begin in particular locations and which properties were likely to be impacted.

“When we know, you’ll know and as soon as we get certainty on elements of the Reference Design, we’ll be engaging with impacted land owners directly, before information is shared with the broader public.”

Mr. Wingard said the government has started property acquisitions in the southern laydown area, making sure that everyone who has a stake in the project and in the local community is aware of the progress that’s been made and how the next steps will play out.

He asserted: “Our solution to complete the North-South Corridor saves hundreds of homes and businesses from acquisition. The Torrens to Darlington project will require the acquisition of approximately 390 properties, at least 480 fewer than Labor’s open-motorway option.”

“The development of the reference design is ongoing and will be finalised in the second half of the year.”

Once finished, the Torrens to Darlington project will complete a 78km non-stop motorway among Gawler and Old Noarlunga, enabling motorists to bypass 21 sets of traffic lights in the nearly 10.5km between Darlington and the River Torrens.

Wingard also added: “The hybrid+ design means around 60 per cent of the project will be tunnels.”

“We’re proud to be delivering a project of this scale and complexity, and proud of the difference it will make for thousands of South Australians each day.”

The Federal and South Australian governments have funded the project jointly, with $5.4 billion budgeted for the section between Darlington and Anzac Highway.

The building on this section is anticipated to start in 2023, with completion estimated for 2028.