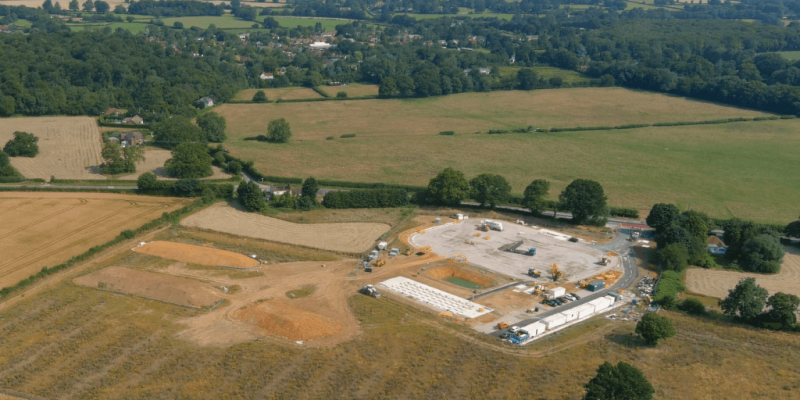 HS2 Ltd has released images of the Chesham Road shaft headhouse, which will provide emergency access for the longest tunnel on the High Speed 2 scheme, while work progresses at all five Chilterns shaft sites.

The reveal of the design completes the set of five headhouses on the 16km Chiltern tunnel. The Chesham Road headhouse will be partly hidden behind a hedge and line of mature oak trees next to the B485. As with the other headhouses, it is designed to fit into the surrounding landscape and is in the style of nearby barns and other agricultural buildings.

Below ground level, a 45m shaft will reach down to the twin tunnels below to provide access for the emergency services. Because of its proximity to the north portal of the tunnel, unlike the other four shafts, Chesham Road will not need to include ventilation equipment.

The plans were drawn up by HS2 Ltd’s main works contractor Align JV – made up of Bouygues Travaux Publics, Sir Robert McAlpine and Volker Fitzpatrick – working with its design partners Jacobs and Ingerop-Rendel, and the architect Grimshaw and landscape designer LDA. 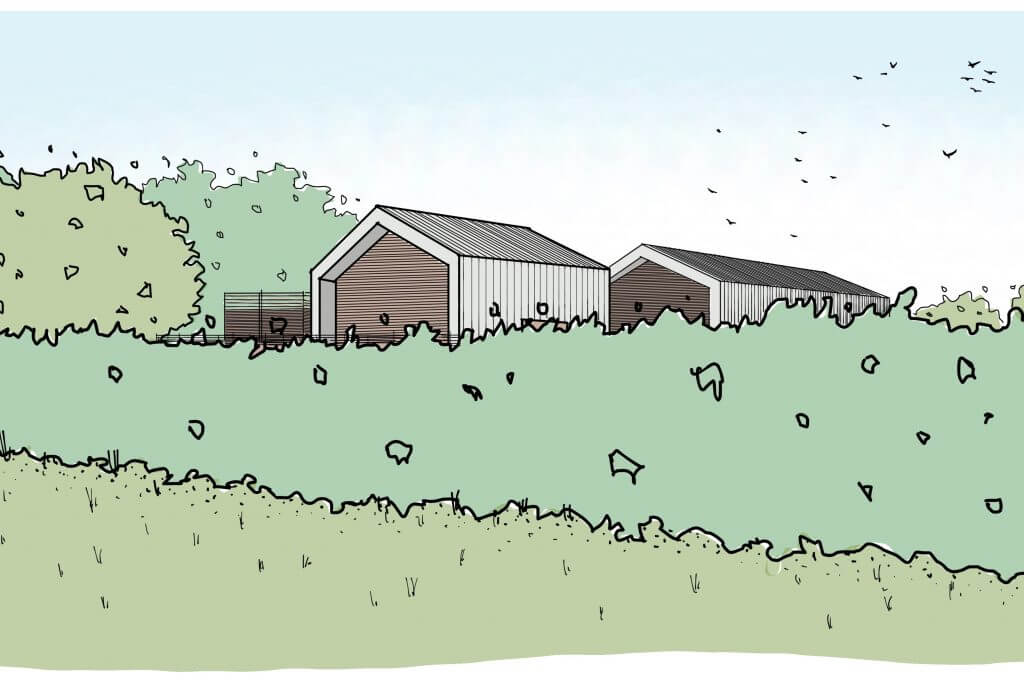 HS2 project client Rohan Perin said: “The launch of our giant tunneling machines – Florence and Cecilia – earlier this year were huge symbolic moments for the project, but just as important has been the progress we’ve made at each of the shaft sites to prepare for the arrival of the TBMs over the next three years.”

The two tunnel boring machines that are digging the parallel northbound and southbound tunnels have now passed under the M25 and are heading towards the first shaft site near Chalfont St Peter. An expert team of engineers from Align has already excavated the shaft to a depth of 68m and is working to complete it before the arrival of the first TBM next year.

At the next shaft site, near Chalfont St Giles, the HS2 team has completed the concrete diaphragm walls for the 46m deep shaft using specialized drilling equipment and will soon begin excavating material from within the concrete walls in order to create the shaft.

The following shaft site is next to the A413 road junction outside Amersham. Work is well underway, with engineers also working on the concrete D-walls for the 51m deep shaft.

Further north at the Little Missenden site, alongside the A413, engineers are preparing for the start of wall construction, while at Chesham Road – the last shaft the TBMs will reach – site set up is now well underway.

Align project director Daniel Altier added: “I am delighted with the progress we have made so far at all five shaft sites. We are working to a detailed schedule to ensure that each shaft is ready for the arrival of our two TBMs, currently tunneling north from the south portal.”

The Chesham Road shaft was added to the Chiltern tunnel in 2015 to allow the tunnel to be extended by 2.6km. According to HS2 Ltd, this decision saved 12ha of woodland at the nearby Mantle’s Wood, Sibley’s Coppice, and Farthings Wood.

A9 Dualling: Pipe Jacking in Preparation for Bridge Replacement

The Scheme of Connecting Scottish Islands with Subsea Tunnels