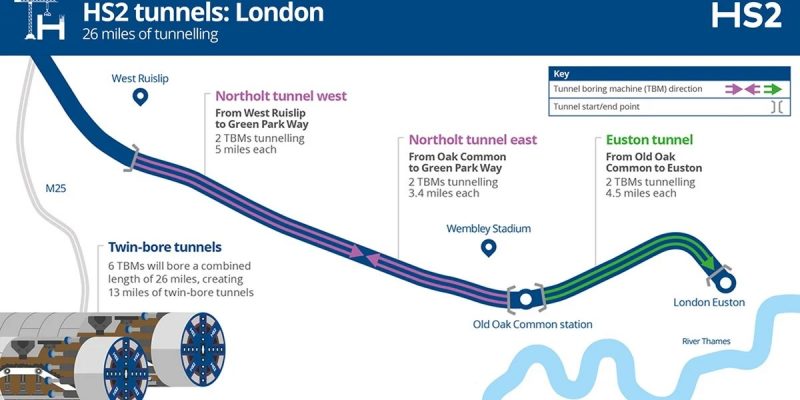 SCS JV (Skanska Costain STRABAG Joint Venture) has signed the first of two contracts for the production of concrete precast tunnel segments that are going to be used to build HS2’s London tunnels.

Pacadar UK is going to manufacture the tunnel lining at their factory in the Isle of Grain, Kent. It will be the greatest contract that the company has ever delivered in the UK and will produce 180 jobs in the UK.

The segments are going to be used in the first tunnel boring machine drives in London, once two giant TBMs will be launched in early 2022.

The production will start in January next year at the factory and the materials will then be delivered to HS2’s TBM launch site in West Ruislip by rail, decreasing HGV movements on the road, where the construction of the twin bored, 5-mile, Northolt Tunnel West will start. Visit here for more information.