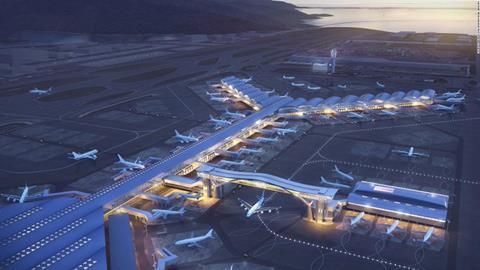 In the contract they argued to deliver two 1800m-long eight-cell tunnel structures for the APM and BHS systems as well as all mechanical and electrical works for the tunnels.

Moreover, Gammon will construct several support buildings including pumping stations, a datacenter, and security facilities at the airport.
The APM and BHS tunnels and the associated works form a considerable part of the 3RS (Three Runway System) project at the airport and will eventually allow travelers to move between the new Third Runway Concourse and the expanded Terminal 2.

Gammon is planning to deploy modular solutions for 75% of the mechanical and electrical works for the tunnels. In line with Balfour Beatty’s agreement to reduce onsite activity up to 25% by 2025, this approach will see activities carried out off site to ensure enhanced health and safety, increased productivity and reduce the duration of the works.

In a press statement, they added that all offsite activities will be monitored with the use of STAMP (the real-time technology system), throughout the build process to further enhance the production and quality of works, along with enhancing the safe and efficient delivery of products to site.
It is said that at construction peak, the project will employ a workforce of approx. 1,500.