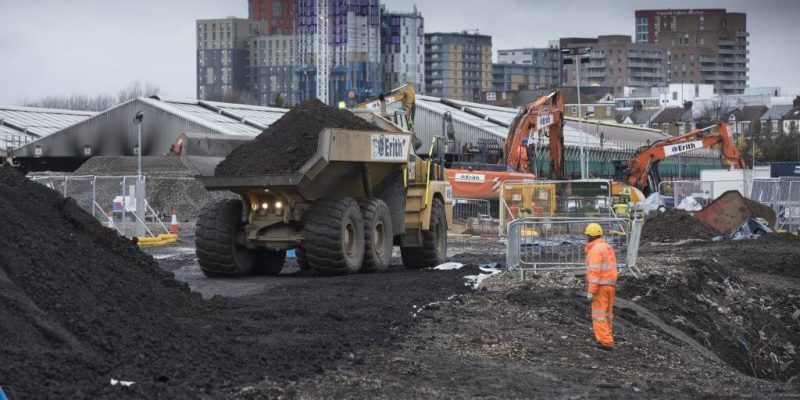 Worthington, in his newest quarterly report on construction-related complaints, brings up concerns that “road closures and the volume of traffic” around Old Oak Common “have created problems” for local residents.

Operation on the West London station is piling with building its record-breaking station box starting in June after transport secretary Grant Shapps gave the nod to begin the first permanent works for an HS2 station.

Once completed, with a box structure 850m long, 70m wide, and 20m deep, it is going to be the greatest sub-surface station in the UK. Also, it will be the greatest station ever constructed in the UK as a single project.

In addition, Worthington reports on the “frustrations of many local people in the Euston area of London”.

In particular, Worthington suggests HS2 Ltd to reassure displaced residents that they will not be “forgotten”.

“I have also mentioned before the frustrations of many local people in the Euston area of London at the roll-out of noise insulation and ventilation measures. This was emphasized to me when I met with local representative groups,” added Worthington.

He asserted: “I do understand some of the technical and logistical problems which HS2 and its contractors have experienced. However, this remains an issue that needs to be carefully monitored and where good engagement is crucial. London Borough of Camden Staying in the Euston area, I would like to touch upon the decision made earlier this year by the London Borough of Camden to offer to rehouse tenants of a number of residential blocks owned by the council in close proximity to the main works.

“These particular blocks had not been identified originally as properties that needed to be acquired for the HS2 project.

Worthington also continued: “While there are discussions which are continuing on this matter between HS2 Ltd, Camden Council, and the Government, I would urge all parties to be very aware of the position of leaseholders in these blocks.

“Many of them have expressed their concerns that they will be “forgotten” and that their properties may become blighted under future arrangements. I hope that they can be reassured.”

Despite the concerns at the London stations, Worthington reports a “levelling off” in terms of construction-relation complaints.

470 construction-related complaints were lodged against HS2 Ltd and its contractors During the second quarter of this year.

That is down from the 501 complaints lodged during the first three months of the year and bucks the upward trend seen during the last two years.

Worthington mentioned: “The sharp rise over the first quarter, driven by the increase in works activity and by the attention achieved by the protestor action at Euston Square, leveled out.

“This may indicate that the project has reached a “base-level” of complaints, which will continue by the quarter, but with some variation on numbers and by area.”

“The figures for the third quarter should give a stronger showing if this pattern is emerging but for the moment, we should remain cautious,” claimed Worthington.