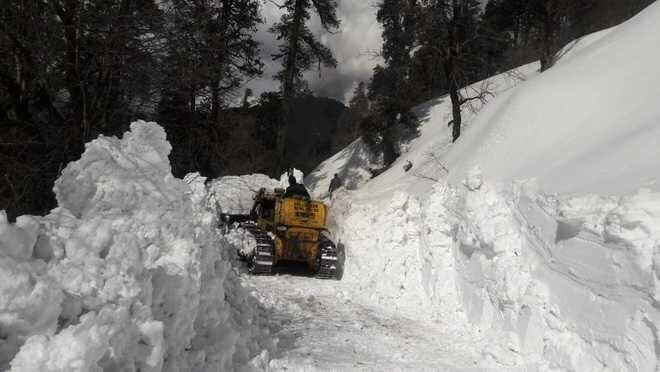 Five firms have shown interest in the building of the much-awaited Jalori tunnel on the Aut-Luhri National Highway linking Anni in Kullu and Banjar district. The schedule to construct a 4.2 km tunnel between Khanag and Ghayagi below the Jalori Pass to ease round-the-year vehicular movement has been there for the past four decades.

NHAI (the National Highways Authority of India) had finished the survey of the tunnel in 2014, and according to results, the measured cost was Rs 364.65 crore. The Union Ministry of Surface and Transport confirmed the construction in February 2020. The tenders for making a DPR (detailed project report) of the tunnel were proposed on June 11, 2021.

Engineer KL Suman, Executive Engineer, Rampur Division of the NHAI, stated that the Union ministry would do the selection of the company. The chosen firm will prepare the design and carry out monitoring during the construction of the tunnel and also maintain it for 10 years after its completion.

Seven kilometers of the road and a bridge are contained in the project. As estimated, the cost of the consultancy is Rs 25 crore.

The 10,800-ft high Jalori Pass remains closed because of snowfall in winters and the people of 69 panchayats of Seraj have to traverse a long distance through another possible route. The distance between Kullu to Luhri is 120 km but because of the closure of the pass, the distance through Karsog becomes 220 km, which makes the travel expensive and tedious. People of Nirmand and Anni are the most affected, who have to travel a longer distance to reach Kullu.

Residents of Anni, Nirmand, and outer Seraj are requesting the tunnel for a long time so that they can stay linked with Kullu and Mandi during the year. Despite Banjar and Anni, lakhs of people of Kullu, Mandi, Lahaul-Spiti, Shimla, and Kinnaur districts will take advantage.