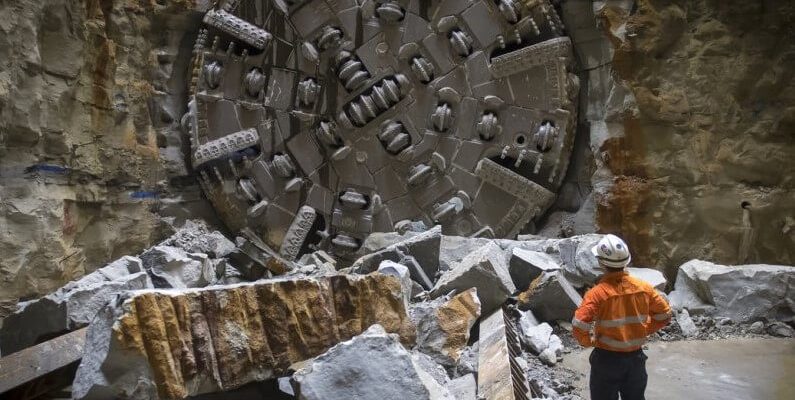 A contract with A$1.96bn (£1.1bn) value has been awarded to Acciona Construction Australia and Ferrovial Construction (Australia) Joint Venture (AF JV) for implementing the tunneling works as part of the mega Metro West project by the New South Wales Government. While construction of 11km twin metro rail tunnels among Sydney Olympic Park and the Bays, is the AF JV’s responsibility, this contract also includes digging and civil works for five new stations at the Bays, Five Dock, Burwood North, North Strathfield, and Sydney Olympic Park.

The JV will mobilize two double-shield, hard rock tunnel boring machines (TBMs) and use more than 70,000 concrete segments to line the twin tunnels.

The residences of TBMs will be a startup site at the Bays Station, two access shafts at Burwood North and the Bays, as well as a TBM retrieval site at Sydney Olympic Park Station, although it is expected that these TBMs to be underground before the end of next year.

The AF JV company was the winner of the first of three major tunneling contracts among three shortlisted companies., that were contesting in a competitive tender process.

The John Holland, CPB Contractors and Ghella Australia Joint Venture (JHCPBG JV) and Gamuda and the Laing O’Rourke Australia Joint Venture (GALC JV), are the residual two bidders, who currently are going to bid for the Western Tunneling Package, and the successful tenderer will conclude a contract for construction of twin tunnels with 9km length between Westmead and Sydney Olympic Park. The estimated date for awarding the second major contract is the end of this year.

The third major tunneling contract in Sydney Metro, which is for the Eastern Tunneling_ between the Bays and Hunter Street in the Sydney CBD_ has also commenced and late 2022 is the estimated date of granting this contract.

Due to the massive scale of the Sydney Metro project, the final tunneling contract value may vary due to ongoing fine-tuning and optimization involving the other major contracts, for which tenders have yet to be received. Completion of AF JV’s contractual works are expected to be done by 2025.

In order to help customers to travel from Parramatta to the Sydney CBD in almost 20 minutes on a driverless metro train, the Sydney Metro West will double rail capacity between Greater Sydney and the Sydney CBD.

Providing more than 10,000 direct new jobs and 70,000 indirect jobs, with many of these jobs generated by this major contract, will be the advantages of this project.

Landmark Moment in the Marana Tunnel on SS260