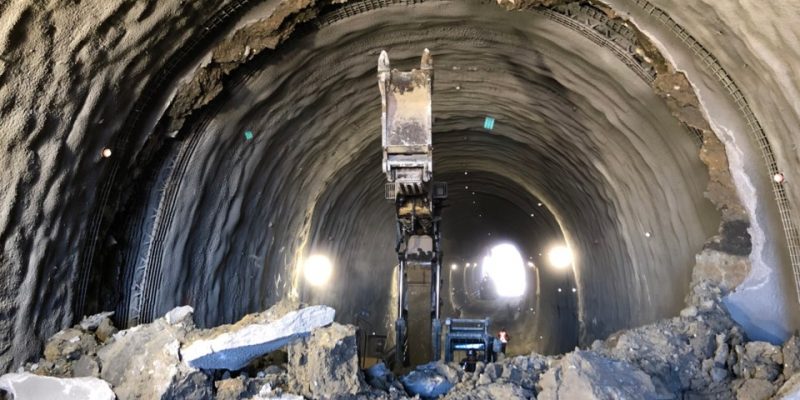 Excavation of the other part of two tunnels beneath Highways 401 and 409 has been completed by Ontario government and it will transform the Kitchener GO corridor to a two-way, all-day rail service. For the Ontario’s GO Expansion program, which supports the creation of a modern, sustainable rail transit network in the province, this milestone acts as a remarkable success.

“This tunnel project will help increase capacity on the Kitchener corridor and, where possible, support all-day trips, in both directions to reduce congestion,” said Caroline Mulroney, Minister of Transportation.

She also continued: “Our goal is to establish a more reliable rail transit system in the Greater Golden Horseshoe, which will drive significant economic growth and job creation that will benefit the entire province.”

According to the President and CEO of Metrolinx, Phil Verster: “GO Expansion will transform the transportation network in the Greater Golden Horseshoe, allowing for more frequent travel across the region. This announcement and the work on the Kitchener line is a significant milestone which will eventually help get more people out of their cars and onto public transit, leading to a better quality of life for many people.”

Michael Lindsay, President and CEO of Infrastructure Ontario, stated: “I want to applaud Toronto Tunnel Partners for their innovative work on the Highway 401 and 409 Rail Tunnel Project, which was constructed under 21 live lanes of traffic. We are proud to support GO Expansion in the province and deliver system-wide infrastructure upgrades that will enable more frequent service.”

The GO Expansion program includes more than 20 main projects like this project that will convert GO rail into a two-way, all-day rapid transit service every 15 minutes on core segments of the network.

In this project each rail tunnel under Highways 401 and 409 is almost 180 meters in length, or about 360 meters when composed, with a digging that is 11 meters high by 9 meters wide. Moreover, on August 1, 2020 the tunnel number one attained 100% excavation. Approximately 70,000 cubic meters of material has been removed in both tunnels. Toronto Tunnel Partners is the project consortium constructing the twin tunnel structure and the determined budget for this contract is about $116.9 million.