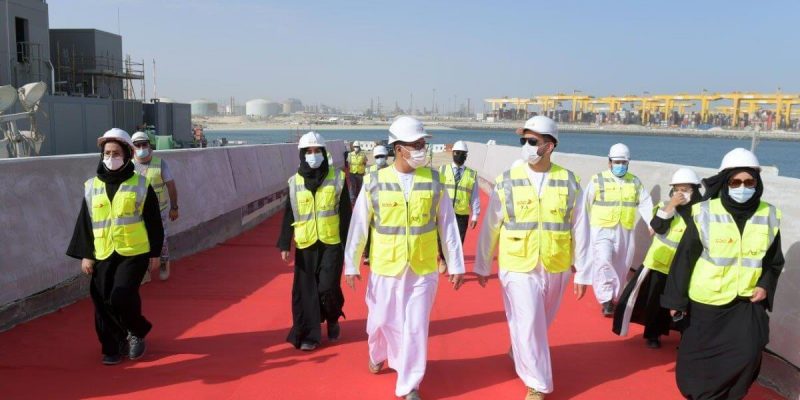 The Deep Tunnel Storm Water System, which considers as one of the most significant strategic and exceptional infrastructure projects in Dubai in the field of optimum management of stormwater drainage, has attained its ultimate pre-operational stage.

The intended project, which’s approximate value is $353.9m (AED1.3bn), had been granted to Six Construct in a joint venture with PORR by Dubai Municipality.

Due to dragging stormwater and surface groundwater, gathering water, and saving it for the coming 100 years, this project is touted as the first of its kind in the region.

Upon inspecting the project, Dawoud Al Hajri, Director General of Dubai Municipality recently noted: “There has been a qualitative leap in infrastructure projects not only at the emirate level but also at the regional level, which is one of the most prominent projects that will promote comprehensive development in Dubai.”

Reviewing the advancement of the project that has reached its pre-operational final stages, was the main intention of the control visit. The construction purpose of this project is to roll up stormwater and surface water from a total area of 500 square kilometers, while carrying process of water is done using a deep tunnel with 10.3km length and an internal diameter of 10m which’s depth is 40-60m.

The tunnel ends at the main pumping station near Jebel Ali Port, where water is drained through a double system, which can drain stormwater and surface water through the overflow and through pumps connected to lines extending 600 meters into the sea, which will enjoy high operational efficiency.

In order to delete the construction costs related to the establishment of sub-pumping stations and almost 20% decrease in operating and maintenance costs, the transfer of water through the tunnel is done by gravitation which highlights one of the most important features of the deep tunnel project.

While the overflow mechanism operates with a flow capacity of 110 cubic meters per second, daily 9.5 million cubic meters of stormwater flow is the pumping mechanism of this project through pumps specially made for it, which are the largest in the world with the quality of super duplex stainless steel, on a land area of 2.6ha.

Hence the major pumping station considers as one of the most united pumping stations with services, buildings, and facilities in the management of stormwater drainage as well as surface water. Backing the principles of sustainability and paying attention to the safety of the marine environment, are the other advantages of this project.

A 11.05m diameter mega tunnel boring machine (TBM), which’s work mechanism is designed without barricading the movement of traffic in the vital streets that fall within the scope of the project naturally, was implemented deep tunnel excavation work.

In June 2020 the development percentage of this project was 90%.