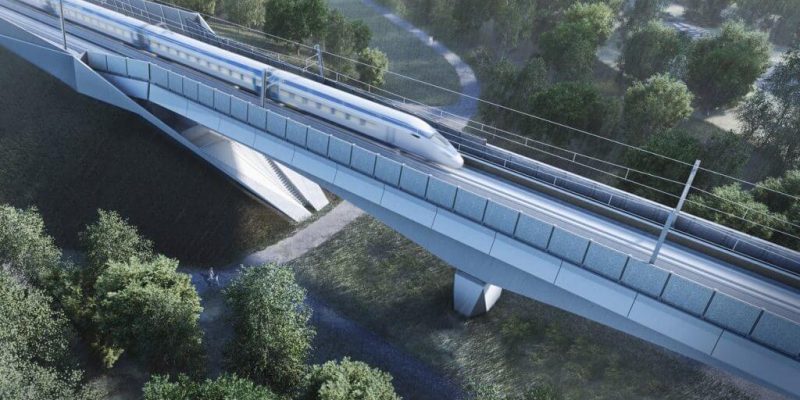 Emphasizing on the challenges for the future 12 months, HS2 Ltd has predetermined key dates for project significant achievements for the next three years in its Corporate Plan 2021-24.

February 2022 is the determined date for phase 2b western leg hybrid bill, while other activity includes construction work, tunneling, and contract awards.

The construction process of the Colne Valley viaduct is due to start on March 2022, while tunneling for the Northolt tunnel has been commenced in April. Also, Phase 1 land purchase will be completed in April.

The estimated time for excavating the Bromford tunnel, is August and the Long Itchington Wood tunnel’s digging is going to be completed in September.

Commencing the construction of Curzon Street station in February, granting a contract for signaling systems in May and other rail systems contracts in June, and the beginning of tunneling for the Euston tunnel in December, are the other landmark moments for 2023.

Despite completing major Network Rail interfaces inner Birmingham in January 2024, tunneling drives is due to be finished for the Chilterns tunnel in March, the Bromford tunnel in November, and the Old Oak Common’s west box in May.

The plan says: “Over the next three years, we will see significant ‘on the ground’ progress in our main works civils contracts on phase 1 as we embark on some of the most complex civil engineering schemes of the high-speed rail network.”

“We will start building the tunnels at Long Itchington Wood (Warwickshire), Northolt (London), Bromford (Birmingham) and Euston (London) in a phased program throughout 2021 to 2024. We will complete one of the biggest land acquisitions ever undertaken in the UK when we conclude the land purchases for Phase One in April 2022,” adds the plan.

The recent 12 months’ milestones on the project comprise attaining royal assent for phase 2a, commencing excavation operations under the Chilterns and developing more than 1,000 jobs by awarding the contract to build Curzon Street station in Birmingham.

Moreover, Kier achieved the contract to deliver a major program of highways and utility work on phase 2a.

Starting the tunnelling process of the Long Itchington Wood tunnel and completion of the concept design for Euston station, are the intended advances for the remainder of 2021.

The Plans for Euston Station Redesign Updated by HS2

Podcast, Geotechnics around the world