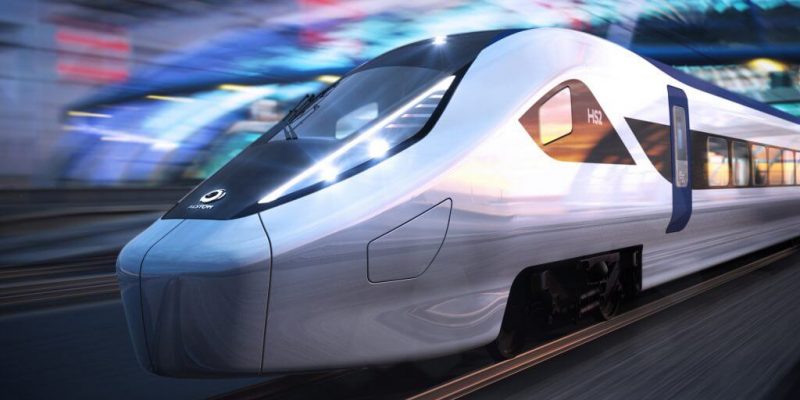 As a senior HS2 insider claims to cut off the “transformational” eastern leg of High Speed 2 (HS2) Phase 2b is going to induce the eastern side of the country to suffer.

According to the Sunday Mirror, an anonymous Whitehall source has said: “There’s no way we’re going to see this built-in our lifetimes,” while NCE’s HS2 insider has stated: “The eastern leg is in many respects the most important part of the high-speed rail project. If it’s cut, the whole of the east side of the country will suffer in the medium and long term.”

They also have asserted: ” It’s one thing to delay things a little, it’s another thing to cut things. The eastern leg is the transformational part. It will transform the economy of the Midlands and north.”

Due to the announcement of the Department for Transport (DfT) about plans to splitting the Phase 2b bill in two and separate legislation needed to build the western and eastern legs, concerns around the section destroy have been increased.

“The government will complete HS2 and include HS2 on the eastern leg to Leeds,” said Grant Shapps, Transport secretary.

He has also added: “More detail will be revealed in the long-awaited Integrated Rail Plan, which will set out how major projects such as HS2, Northern Powerhouse Rail (NPR) and the Midlands Engine will be phased and connected.”

In accordance with an HS2 insider’s statement the NPR and HS2 are near together and while HS2 connecting the Midlands, the north, and NPR linking across the north.

They said: “The two are complementary and anyone who thinks otherwise is very short-sighted.”

Asking about the plan for the eastern leg that would be different if NPR were in place first and also considering how the eastern leg fits with NPR rather than vice versa, is useful when it comes to HS2 and NPR according to William Barter’s (independent rail planning consultant) idea.

“We do stand the risk of Yorkshire being full of railway none of which does anyone job properly. What happens up in Yorkshire definitely needs thinking out and the relationship with NPR. Overall having built the core Phase 1 route, failing to add the eastern extension and thus not use the core route to its full potential would be absurd,” added Barter.

“The eastern leg is an opportunity. If HS2 comes in and takes the Newcastle and York to London traffic off the ECML, the pressure to run end to end fast trains is reduced and services can be improved for the intermediate stations,” he said.

Saving almost £40bn of the project’s budget would be possible by cutting the eastern leg according to the Sunday Mirror’s source, but Barter said the expenditure would still be needed to improve existing lines.

Barter asserted: “If we didn’t have the eastern leg and had to improve or upgrade the ECML so it could meet its needs, I would say we’re into big money. So saving whatever it is by not having the eastern leg implies that you will have to face a future cost of some sort elsewhere on the network.”

Possible infrastructure expenditure that would be required on the classic ECML line includes quadrupling the Welwyn bottleneck, Newark flyover, and as yet unidentified works at stations.

Railway engineer Gareth Dennis also said it is necessary to push back on the idea that the cost is a reason to be hesitant over the eastern leg.

In accordance with Dennis’s statement: “When you build a bridge over a river, you go we need to get to the other bank, that’s going to cost that much, okay we’ll build it. You don’t go okay we can get two-thirds of the way over the river.”

He continued: “The IPPR has already made clear Britain needs to be spending £12bn more a year on transport if we’re going to meet net-zero targets. Given that that £40bn is essentially split over 20 years, it’s pennies. We should not be arguing about trivial amounts of money. The whole point is that investment comes back to the public purse anyway – you’re paying skilled workers, you’re improving the infrastructure. The money spent increases its value multiple times.”

Dennis added: “The suggestion to cut the eastern leg indicates a lack of understanding of the real importance of that part of the line. It’s that leg that releases capacity on the ECML, Midlands Main Line, and WCML as well as the cross-country routes. Without that leg, HS2 really does start diminishing its benefits.”

“The whole point is that you need this new infrastructure to allow the existing network to run more frequently. The Centre for Alternative Technology and the Committee on Climate Change acknowledge that rail needs to double its capacity in the UK by the middle of this century and the only way we can achieve that is by getting bits of the railway to be better at doing the things they do,” he said.

Suffice of seven or eight platforms instead of 10 at Euston is the other bid of Barter.

However, he believes that if there is an eastern leg or equivalent, 10 platforms are not adequate in the full east plus west service, and as such, there is no conceivable end state for which 10 platforms is the right answer.