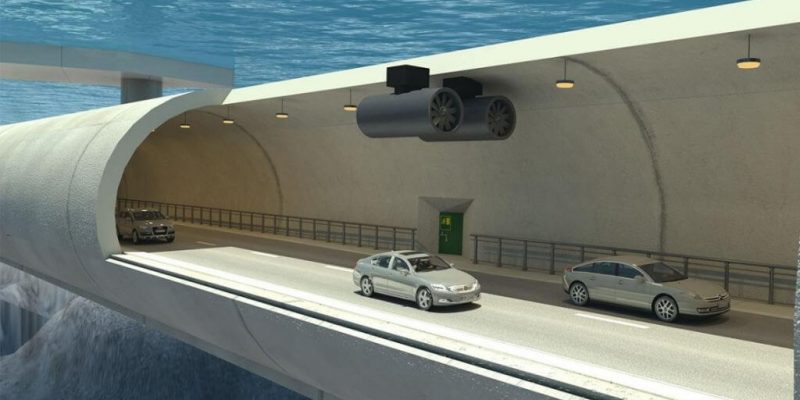 In accordance with trade association Logistics UK policy manager, Seamus Leheny’s statement the presented bids for an Irish Sea crossing should be taken “with a pinch of salt.”

Reducing the viability of the link at a Westminster Policy Conference, which’s focus subject was improving transport connectivity and the Union Connectivity Review, was done by Leheny.

While it was assumed that prime minister Boris Johnson is ready to sign off on an underground tunnel connecting Northern Ireland with Scotland or Wales after months, Leheny asserted: “We would take the tunnel and bridge idea with a pinch of salt. It’s a nice plan. It’s thrown out there as an idea we might consider every couple of years.”

He also continued: “A tunnel would be a more likely option than a bridge. A bridge would be impractical simply because of the deep-sea shipping required to pass underneath.”

“Then Beaufort’s Dyke is a huge trench between Scotland and Northern Ireland. From a civil engineering point of view, not only is it difficult to build a bridge over it but there’s a couple of million tons of ammunition from World War 2 there too. So I think the health and safety assessments from some engineering firms might find it a bit impractical to go pile driving in there,” added Leheny.

In addition to the bridge option, several other bids have been suggested for a Scotland to Northern Ireland crossing.

Many groups, which are the government’s ongoing Union Connectivity Review and are due to look at how to boost transport infrastructure throughout Scotland, Wales, Northern Ireland, and England via road, rail and air, and across the Irish Sea, have been presented formal proposals for an Irish Sea link.

However, according to Leheny there are other connections where investment would be more beneficial to Northern Ireland.

“To help the country’s economy and connectivity with the rest of the union, improving the A75 in Scotland – the road between Stranraer and Dumfries – is crucial,” Leheny said.

He continued: “A lot is single carriageway road,” Leheny said. “It handles around 400,000 freight units a year that ship between Larne and Belfast into Cairnryan. It’s notorious for bottlenecks, traffic jams, accidents. That would be a benefit to get that upgraded to a dual carriageway and add bypasses around some towns.”

The A1, which is linking Belfast and Dublin, is another key strategic road with potential for improvement.

Leheny said: “Some are dual carriageways but there is a lot of side access and central reservation access. It’s not a real dual carriageway. It’s the most dangerous road in Northern Ireland and notorious for delays. Our connectivity with Dublin and wider GB via those two road networks would be our highest priority.”

Overall, Leheny welcomed the work on the Union Connectivity Review.

“We like the idea and principles behind it because it could cover the scope of projects that a regional government might not put high on their agenda. That’s what we’d like to see – looking at the overall UK connectivity approach,” added Leheny.