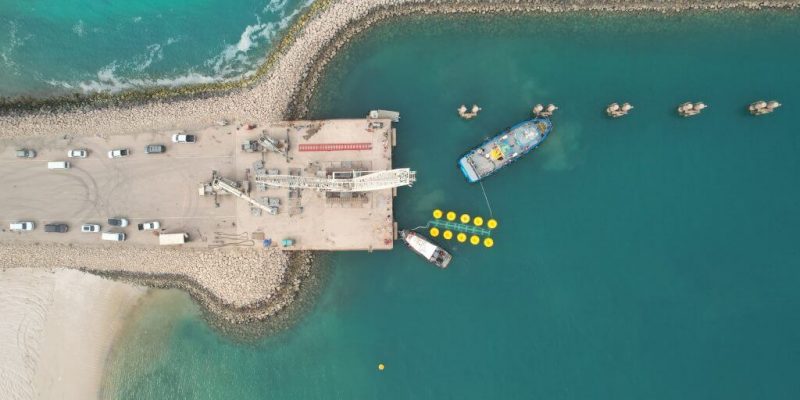 The recovery operation of the tunnel boring machine (TBM) from 10m beneath the bed of the Persian Gulf, was completed by engineers.

The responsibility of managing the task as part of a sewage project in the Middle East was up to UK contractor Joseph Gallagher worked in partnership with Bahraini firm Al Hassanain.

In order to deliver a sea outfall pipe for the Umm Al Hayman Wastewater Treatment Plant in the Ahmedi district of Kuwait with US$55M (£45M) value, the intended joint venture was appointed by German firm WTE Wassertechnik in 2019.

With 140t weight TBM Emma, which is the Herrenknecht AVN2200AB TBM and used for a near 2km pipe-jacking operation, was collected from her position under the sea this month.

Winds of up to 20km/h and temperatures of up to 49°C added to the challenge of the operation, which was undertaken by a team including 16 nationalities.

In order to excavate the sand surrounding, the 14m long machine used airlifts before Emma was raised and this was with the help of a combination of airbags and a crane.

The machine was then towed 40km and eventually lifted out of the sea using a 350t crawler crane onto a jetty near the AL Zour Power Station.

According to Chair Josie Gallagher: “The successful recovery of the tunnel boring machine was a wonderful effort from all involved and is testament to the exemplary teamwork and skill that has characterized the entire project.”

Installing a 309m long diffuser under the Persian Gulf, will be the final leg of the project.