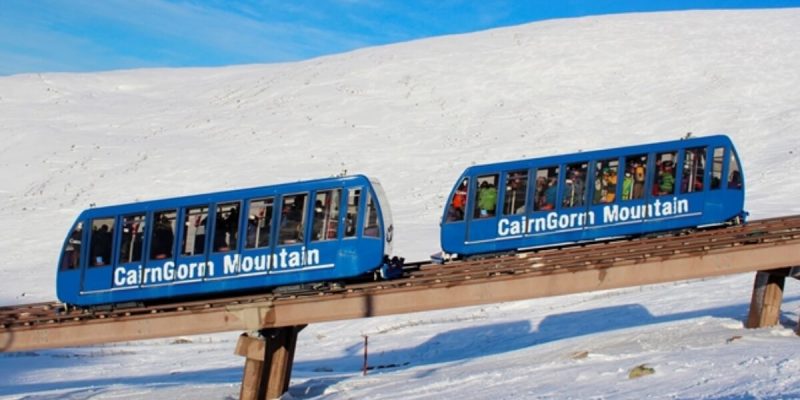 The Scottish Government’s HIE (Highlands and Islands Enterprise) agency has approved the Cairngorm funicular will not resume its activities until the “second half of 2022.”

The railway at the ski resort was scheduled to reopen early next year following strengthening work on the 1.9km viaduct that supports the track.

Balfour started work in April 2021 but delays have arisen because of “technical challenges associated with designing and implementing effective solutions to an existing structure, as opposed to a new build.”

Work has also been limited by the impact of Covid and extreme weather comprising blizzard conditions in the spring.

HI stated: “extra effort has also been required to source vital construction materials that are currently in short supply across the UK.”

Carroll Buxton, HIE interim chief executive mentioned: “We’ve always been upfront in describing the reinstatement program as one of the most complex and difficult civil engineering projects in Scotland.”

She continued: “As well as managing technical challenges, the team has to take great care to protect the mountain environment, and deal with difficult terrain and extreme weather conditions that can quickly become hazardous.”

She also added: “The original schedule was very ambitious, even without the impacts of the pandemic lasting as long as they have and before the more recent problems in sourcing construction materials of suitable quality.

“With limited time available to complete these works before winter, the postponement has become inevitable.”

The funicular was constructed by Morrison Construction and started in 2001 but was taken out of service in 2018 after an engineers’ inspection identified structural defects that raised safety concerns.

Buxton asserted: “We’re now working with our designers and contractors on a revised schedule for the remainder of the project.

“Harsh mountain conditions mean that all work will need to halt over winter and resume next spring. To ensure safety, there also needs to be a period of testing and certification at the end of the program, so our current expectation is that the funicular can be relaunched in autumn 2022.

She said: “Clearly, a longer timescale will also have a financial impact. We’ll be reviewing costs very carefully and will publicly confirm a revised budget as soon as it’s possible to do so.”

HIE has also confirmed up to £780,000 for an extensive refurbishment of the Ptarmigan building that sits on the plateau and comprises the UK’s highest restaurant, a shop, exhibition space, and viewing platforms.

Following a competitive tender, Simpson Builders Ltd, based in Beauly, received a contract from resort operator Cairngorm Mountain (Scotland) Ltd (CMSL) for the first phase of the Ptarmigan works. The refurbishment is planned to begin at the end of August and be finished by the end of 2021.