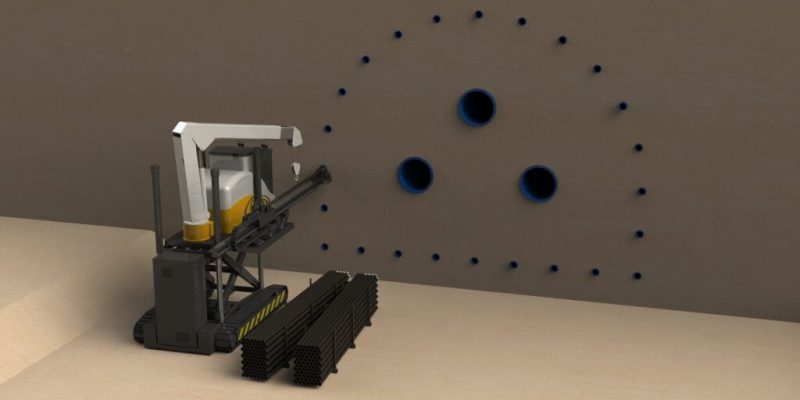 A robotic delivery system at the core of a new tunneling method has been revealed by Hypertunnel, which is a Tunneling and underground construction specialist.

The remarkable feature of these new Hyperbot robots, unveiled at the recent British Tunneling Society conference, is transporting cartridges of construction chemicals through horizontal directional drilling (HDD) bore pipes to 3D-print a tunnel in the ground.

At the moment, the experiment process of this concept is under progress at various sites in the UK, while it is backed by a suite of integrated technology approaches. These include digital twins and digital underground surveying, supported by artificial intelligence and virtual reality.

“The company has been overwhelmed by the interest and support for the new methodology from the tunneling sector,” said Hypertunnel co-founder and co-CEO Steve Jordan.

According to Hypertunnel chairman Mark Carne, formerly chief executive of Network Rail: “The advantages of Hypertunnel’s form of underground construction are clear to see: nobody goes underground until the tunnel is built, so it is far safer, and because the process is much faster than traditional methods, there is much lower cost.”

He also added: “Asset owners will surely be attracted to the long-term ability Hypertunnel provides, to be able to precisely monitor the behavior of the whole tunnel over time.”

The coming act of Hypertunnel, which has been established by Steve Jordan and Jeremy Hammond in 2018, will be recruiting 28 people located at its Basingstoke headquarters, and outdoor learning environment and geo lab in the North Hampshire Downs. Its patented methodologies and its range of products and technologies, many of which have patents pending, are available via license, leasing, consultancy, and project support.

A contract, which includes work on non-disruptive tunnel construction, enlargement, and repair work, has been granted to Hypertunnel by Network Rail two months ago.

1000th Ring has been Installed on Tideway’s Greenwich Connection Tunnel

Cooperation for an Advanced Electric Trolley Truck System by Epiroc, Boliden and ABB