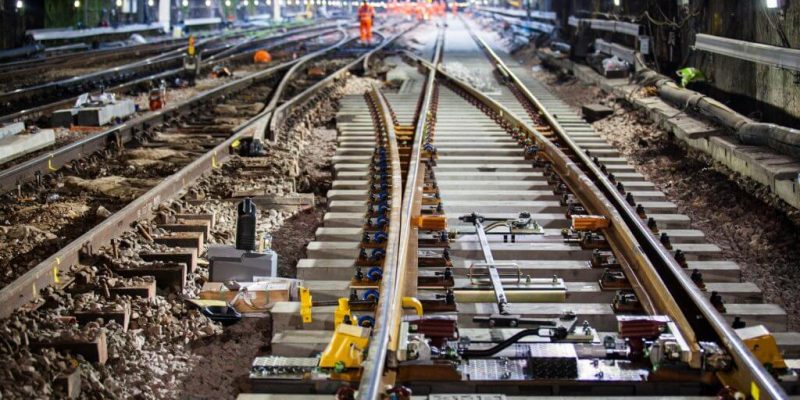 According to studies stating the economic case for rail investment, every £100M invested in railway infrastructure generates more than 2,000 jobs.

The Rail Industry Association (RIA) and Oxford Economics have published a new report which has been titled as The Economic Contribution of UK Rail 2021. It states that every £100M spent on rail infrastructure annually, creates 1,400 jobs in the rail supply sector and a further 700 jobs in the wider consumer economy.

It says: “These new jobs would typically be of a high-productivity, high-wage nature, in line with the finding for existing jobs in 2019.

“This, in turn, would support a further 700 jobs in the wider consumer-related economy, due to induced effects. That takes the total number of extra jobs supported, by each £100 million per annum of additional rail infrastructure investment, in the near term, to 2,100.”

In addition, the RIA report discovered that the rail industry secure £43bn in GVA (gross value added) economic output in 2019 compared to £36.4bn in 2016. Totally, the number of jobs supported by the sector – both direct and indirectly – was measured at 710,000, up from 600,000 three years ago. Also, the sector contributed £14bn in tax revenue annually.

The RIA report, by analyzing future rail investment scenarios drawn from National Infrastructure Commission research, concluded that if rail investment was risen by 50%, the sector would contribute an extra £5.6bn annually to the economy between 2025 and 2029 and generate an additional 104,000 jobs.

Darren Caplan, RIA’s chief executive mentioned: “This new research by Oxford Economics reveals that, pre-pandemic, the railway industry was growing, and supporting even more jobs and GVA than just a few years earlier. In 2016, every pound spent on rail generated £2.20 of spending in the wider economy, yet by 2019 this had risen to £2.50. This shows that rail is not just an important sector in its own right, but is also crucial for UK plc more widely, its economy, and connectivity.

“As the Government seeks to build back better – with a growing economy, which levels-up, is green, and which helps promote Global Britain – it should look no further than the UK railway industry.”

He also added: “This report by Oxford Economics shows a bourgeoning rail sector before the pandemic and how rail can provide more economic growth in the future. As passengers now return to the network, we should be optimistic about rail’s ability to help with the recovery. With the right Government policy and support, UK rail can continue to be the economic powerhouse the UK will need in the months and years to come.”

A lead economist at Oxford Economics, Doug Godden, asserted: “We are delighted to produce this economic research on the value of rail for the Railway Industry Association, showing that the rail industry is a sizeable sector supporting jobs and economic value across the UK. The report shows that the sector had grown significantly from 2016 to 2019 and that, under the National Infrastructure Commission’s scenarios, the industry could produce even more economic value through further rail investment.”