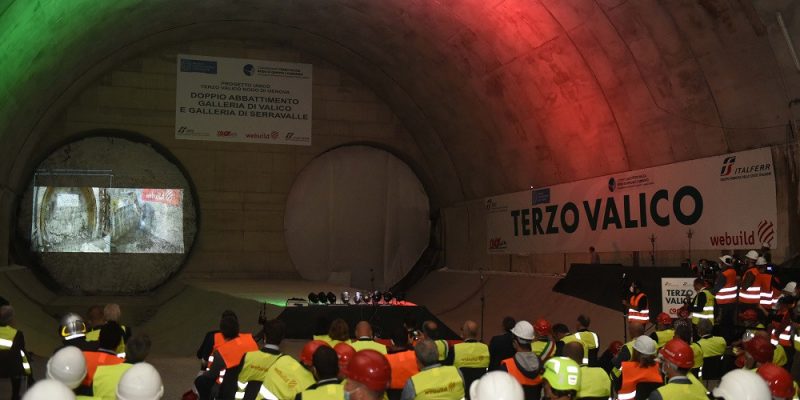 Celebration of two breakthroughs on the 53km-long Terzo Valico Del Giovi high-speed rail line between the port of Genoa in northern Italy and Milan has been done by Webuild Group. The double breakthroughs show that almost half of the 36km underground section has been completed.

The breakthroughs turned up on the 27km-long Valico Tunnel and the 7km-long Serravalle Tunnel. The 27 km tunnel, when completed, will be the longest rail tunnel in Italy. Now, worksites along the 17km excavated section can be continuously linked.

Boring of the Valico breakthrough was accomplished by conventional open-face tunneling and will be completed by other breakthroughs along the tunnel length. One of the tunnel’s features is a 30m wide by 22m high cavern covering 540m2, the Camerone di Valico Nord.

The Serravalle Tunnel breakthrough was comleted by ‘Giovanna’ – a 9.73m-diameter Seli EPB TBM which, at the present, has excavated 6.4km of the total 7km tunnel length, lining with 400mm-thick segments along the way. It has bored through the complex sedimentary succession of the Piemontese tertiary basin. 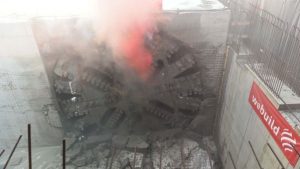 Besides the construction of the main line, Webuild will also make links to the rail network at four points: Tortona, Novi Ligure, Voltri, and Genova Parco Campasso.

Once completed, the Terzo Valico Del Giovi high-speed rail line will decrease the 100-minute rail journey time between Milan and Genoa to 50 minutes. Currently, the US$8bn project is Italy’s largest infrastructure and tunneling scheme and will shape part of the Rhine-Alpine corridor of the TEN-T (Trans-European Transport Network) connecting Rotterdam and Genoa.