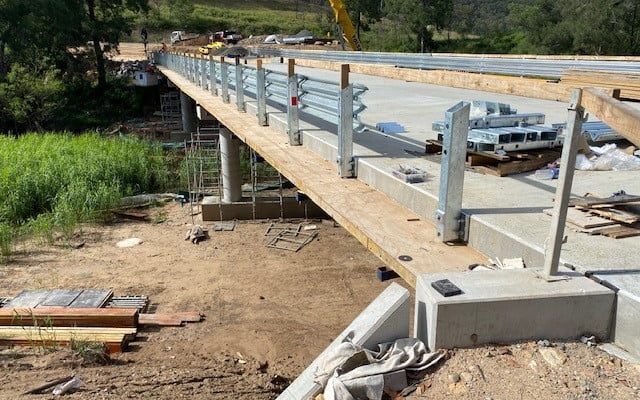 The substitution project of the single-lane timber bridge on Paynes Crossing Road with a dual-lane concrete structure, which was awarded a $2.44 million budget, has been completed and it is expected to have significant benefits for journeys between Cessnock and Singleton in NSW.

Deputy Prime Minister and Minister for Infrastructure, Transport and Regional Development, Michael McCormack, said:” The project was a great example of all three tiers of government working together to deliver for the local community, with $667,000 from the Federal Government’s Bridges Renewal Program, $668,300 from the NSW Government’s Fixing. Country Roads Program, and the Cessnock and Singleton Councils contributing the remainder.”

He also asserted: ” The replacement bridge, almost 12km north of Wollombi, is on an improved alignment and is three meters higher than the old deck to better meet modern safety standards and cope with major storm events as we’ve recently seen. The new dual-lane bridge will not only provide a safer crossing for transporters of livestock and other agricultural products, but will also reduce councils’ maintenance costs as it won’t require the same level of upkeep as the 72-year-old bridge.”

According to NSW Minister for Regional Transport and Roads, Paul Toole: ” The NSW Nationals in government are delivering projects that help build a safer, stronger regional NSW. The old bridge had a six-tone load limit in place, meaning fire tankers filled with water weren’t able to use it. This new bridge has an open load limit, providing fire crews more reliable and safe access to local communities in times of need and natural disaster.”

He continued: “It’s also going to allow for a more reliable movement of freight. With the amount of freight moved across NSW expected to increase 12 per cent by 2036, we are investing in infrastructure that makes a real difference for generations to come. Through our $543 million Fixing Country Roads program, projects like these have unlocked regional job opportunities in construction, while providing upgraded freight routes to save time and deliver smoother, safer and more efficient bridges and roads. There are also important safety benefits with all-weather access, better road alignments to the new bridge which has been built to modern standards with wider lane widths. On top of delivering a more reliable crossing for freight operators in times of heavy rain, the project has also supported 20 jobs in the local community through the construction phase.”

Cessnock City Mayor, Councillor Bob Pynsent, welcomed the completion of works, calling it a win for locals and tourists. “As a result of us working together with our neighbors we’ve provided the community with vital new infrastructure that better serves their needs,” stated Cr Pynsent.

This Mayor also added:” The new bridge is three meters higher than the old structure, has two lanes, a longer life span, and the improved alignment makes it safer for drivers. It will benefit locals and visitors who frequent the area. Flooding of the old structure was a genuine concern for residents making it impassable during heavy rain events. The new structure is three meters higher, offering more resilience during weather events.”

In accordance to Singleton Mayor’s statement, Councillor Sue Moore: ” The structure’s higher load limit is also of considerable benefit. The old bridge was load limited, restricting the movement of freight in this area. Importantly, the new bridge means the local RFS tankers can now cross the bridge and provide adequate protection to locals, which is fantastic news.”