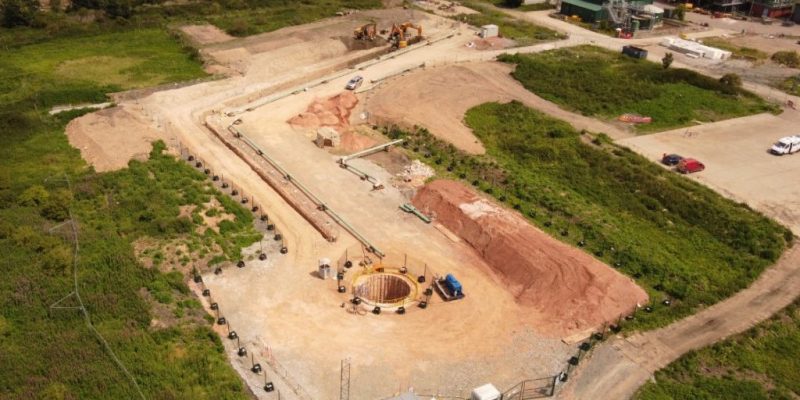 The ground treatment for the installation of a new gas main pipe at a HS2 (High Speed Two) site near Coleshill in Birmingham has been completed by Deep Soil Mixing.

Deep Soil Mixing company has analyzed small samples of soil to discover what the soil required to be mixed with to make it proper for re-use. The combining process was done on the site, deleting the need to take soil away and replace it with new material.

As HS2 explained, this has eliminated about 1,000 lorry movements and resulted in upgraded cost efficiencies and a shortened construction program.

It took six months to complete the project and comprised preliminary experiment and site trials before work start on site. The experiment was done at the company’s in-house lab with combining test and field trials in-situ.

The firm was working for LME (Land and Marine Engineering) who were contracted to HS2’s enabling works contractor LMJV (Laing O’Rourke and Murphy & Sons).

Works in this area are preparing for the railway to be constructed on a viaduct before it swings west via a tunnel and on towards the new station at Curzon Street in Birmingham.

Colin Critchlow, Deep Soil Mixing director stated: “It is fantastic to be part of the largest infrastructure project in the UK and we continued to work on this project throughout the first Covid-19 lockdown which was a huge benefit to the company.”

He added: “It was exciting to get involved in HS2, to see the environmental ambitions and standards on site and play our part in contributing to these. Our soil mixing technique is recycling on a massive scale – great for sustainability and great for the environment.”

“Part of our R&D facility and plant depot is local to the Phase 2a route in Stafford, so it is also great that HS2 is looking to local businesses and the local people they employ and sub-contract to get involved and benefit from the project,” asserted Colin Critchlow.

Simon Russell, LMJV project director explained: “Over the last year our team has been preparing this site for the start of construction. One of our key objectives as an HS2 contractor is to reduce the project’s carbon footprint by introducing innovative sustainable techniques wherever possible. We were extremely pleased that the ground remediation solution used by Deep Soil Mixing resulted in cost, time and environmental benefits.”

Swedish wastewater tunnel is going to be reconstructed by Peab