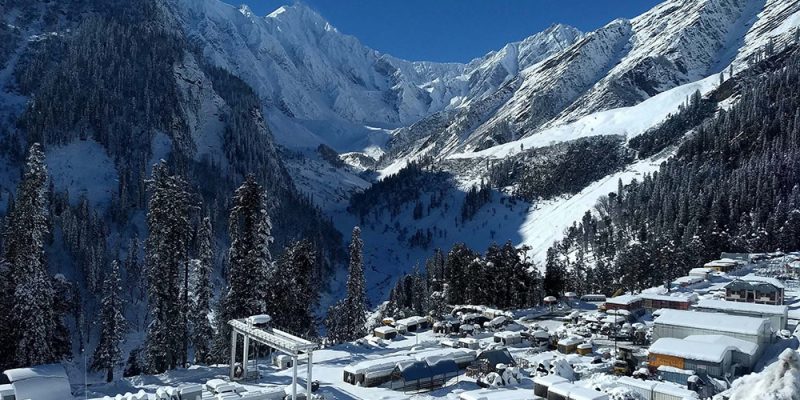 Extreme working conditions at an altitude of more than 3,000m above sea level, water ingress of more than 250 liters/sec, high rock pressures with extreme deformations and rapid changes in geological conditions presented major challenges during excavation of the Rohtang road tunnel in the Himalayas in India. At the 2020 Salzburg Geomechanics Colloquium, Peter Reichenspurner and Thomas Riedel of contractor Strabag, in joint venture with Afcons, explained how the logistics and conditions pushed the NATM excavation method and the crews to the limit during the 10 years’ construction period from 2009 to 2020.

The 8.9km long, single-tube two-lane tunnel was excavated and constructed under a construction contract of about €250 million to avoid the dangerous route over the Rohtang Pass at 4,000m above sea level. The new link shortens the Manali-Leh Highway by about 50km and provides an all-season route between Himachal Pradesh State and the State of Jammu and Kashmir 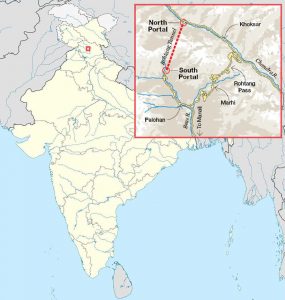 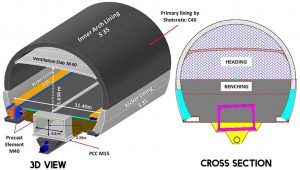 A significant challenge from the start was the high altitude and its rare atmosphere that affected personal health as well as a loss of equipment performance. Excavation was planned to progress using drill and blast from both portals however getting to the job site was an additional challenge with load restrictions on bridges and with landslides, falling rocks and extreme weather conditions a regular occurrence on the local roads. Under these conditions, construction work at the north portal was only possible for about six months per year.

The two-lane cross section with one lane in each direction has a gradient of 1.5% the highest point of the alignment at about 5.5km from the south portal. Entry points to the emergency egress underneath the carriageways are provided every 500m. The 50cm thick unreinforced cast-in-situ final concrete lining was designed with no systematic waterproofing system and an intermediate ceiling slab provides for transverse ventilation and smoke control.

Drill and blast excavation beneath a maximum overburden of up to 1,900m started in 2010 and progressed on a top-heading, bench and invert sequence on a cross section that ranged from 140m2 to 205m2 depending on the excavation class.

With the rock formations unsuitable for determining designed excavation classes, a change to the NATM processes was incorporated into the design in subsequent revisions and the behavior was stipulated as an additional criterion. This meant that monitoring of the rock behavior and the excavated profile was an essential part of the NATM excavation process.

After progressing 1.9km from the south portal, the first fault zone was encountered, demanding adaptation of the NATM process to conditions by:

At about 1.93km, the face of the full profile top-heading consisted of loose material with heavily fractured and shattered rock and soil. Horizontal deformations combined with severe cracking resulted in this initial failure of the heading. Water ingress increased, with up to 150 liter/sec inflow recorded from the top-heading face alone.

At 2.05km a major collapse occurred causing an inflow of about 400m3 of water-saturated material. At this point excavation moved into a main identified fault zone feature. Several further collapses occurred as the drive progressed. The largest inflow of loose saturated material was about 1,000m3. The high level of water ingress created cavities primarily in the crown area. At 2.4km the pipe umbrella pre-support collapsed with deformations in excess of 800mm recorded in the crown. The area was recovered with timbers and shotcrete. The conditions were subsequently linked directly to a watercourse on the surface.

At 2.46km the heading was once again mapped as a rock.

As the heading approached the main identified fault zone, new excavation classes were defined to increase the support resistance. Additional anchors were installed following localised rockfalls and drainage holes and drainage pipes were inserted to manage water ingress. Pipe umbrella pre-support was installed on 15m rounds at the start of the main fault zone. As geotechnical and geological conditions deteriorated, the pre-support pipes were lengthened, the pipe diameter was increased from 76mm to 114mm, the pipe rows were doubled and the spacing reduced to skin-to-skin with internal reinforcement added. 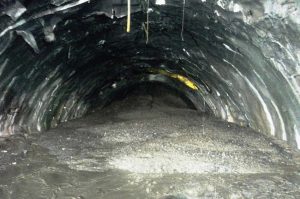 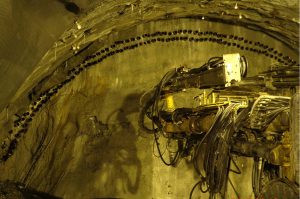 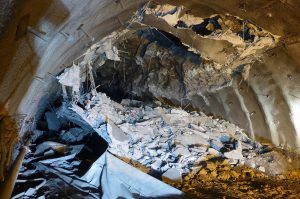 After various trials with pilot and side drifts, the top-heading was eventually advanced in sequential drifts with additional stabilization measures. Depending on the situation, shotcrete and spiles were used in the face. In some cases, longer face spiles with microfine cement grouting and micro piles in the crown were required together with consolidation and sealing pre-grouting.

In some areas of the north drive, the primary steel fiber reinforced shotcrete behind the face flaked off. According to project managers Reichenspurner and Riedel this was caused by the biotite schist encountered and was largely mitigated by switching to steel mesh reinforcement.

In addition to shotcrete cracked and spalling off, squeezing rock conditions caused rock bolt plates and lattice girders to buckle. In areas of more than 1,500m overburden, stress release rock bursts occurred at up to 200m behind the face.

To manage these deformations, numerous adjustments of the design excavation and support classes were undertaken to strengthen support resistance and adjust round lengths and construction process, sometimes within an advance cycle. Applying adjustments quickly played an important role. The largest deformations were checked by providing deformation slots along the tunnel axis and inserting lining stress controllers.

After 10 years of hard-won progress, the completed tunnel opened to traffic on the 3 October 2020 with extra effort to continue the final construction phases while needing to control the coronavirus pandemic and to clear the roads of high snow pack to the new tunnel portals either side 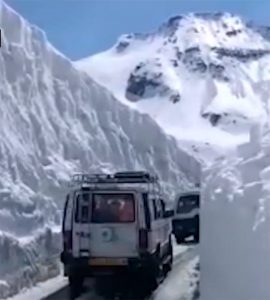 US ‘present for Nord Stream 2 diplomacy’