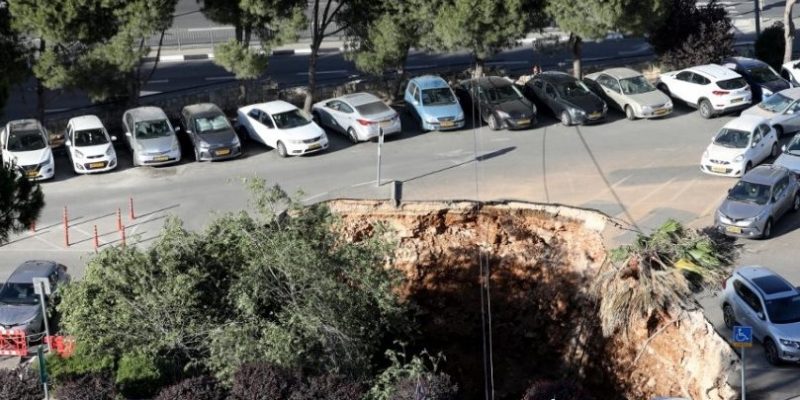 It can be logical to relate the massive sinkhole, which has been emerged in Jerusalem hospital car park and caused swallowing-up three cars in just 15 seconds, to the nearby tunnelling activities.

On Monday 7th June 2021 this tragedy was happened at the city’s Shaare Zedek Medical Centre and captured by hospital CCTV. According to The Times of Israel, medical Centre director Dr Ofer Martin said: “The sinkhole appeared to have been caused by the digging of a tunnel for Highway 16.”

The closest tunnel to hospital and its car park’s sectional collapse, was been the main cause of this disaster as local media reported. At the moment the Ministry of Jerusalem and Heritage’s duty is to survey the connection between the sinkhole’s opening and excavation process of the tunnel.

In accordance with the police’s announcement there were no injuries resulting from the incident and cordoned-off the hospital vicinity, declaring it a ‘danger zone’.

Webuild won €1bn contract to do works on BBT