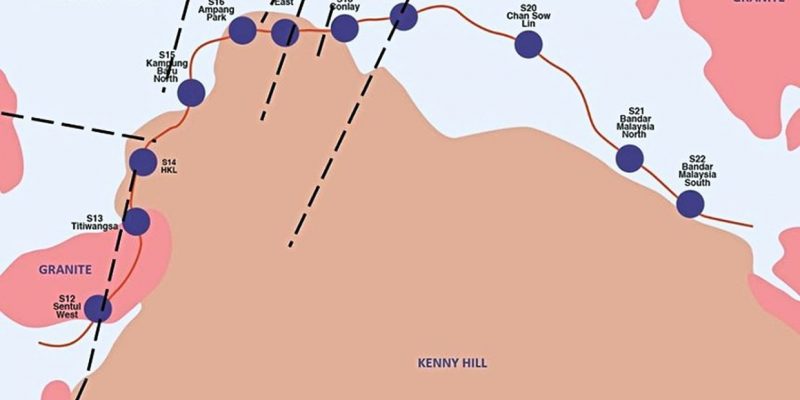 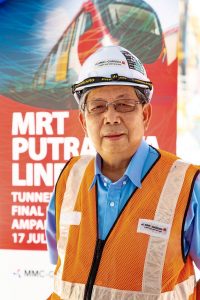 From March 2018, MMC-Gamuda KVMRT used in total 12 TBMs to excavate 13.5km underground connecting nine existing and two other upcoming stations. The tunneling contractor celebrated this event after overcoming various hindrances that arose from the complex geological conditions.
Later Datuk Ir Wong Wai Ching, project director for Putrajaya Line stated: “The Putrajaya Line underground alignment is more difficult to design and build, compared to the Kajang Line alignment, which consists of a rather well-defined zone of either Kenny Hill or KL limestone, with a difficult transition zone at the Bukit Bintang area.” 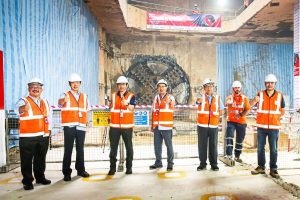 As a result, the machines were closely monitored during the operation. MMC-Gamuda applied maintenance and preservation measures for the TBM cutter heads, and this breakthrough proved that the project was successful without any major technical difficulties.
“In contrast, the Putrajaya Line geology is a lot more complex. The tunnels are typically deeper; there are more structures, utilities, and objects underground; and stations have to be built close to existing high-value or important buildings,” said Wong.
The proposed machine will then proceed tunneling toward the Tun Razak Exchange interchange site to reach the Kajang Line alignment (Line 1 twin-tube tunnel for the Kuala Lumpur Klang Valley metro system).
Source: Tunnel Talk