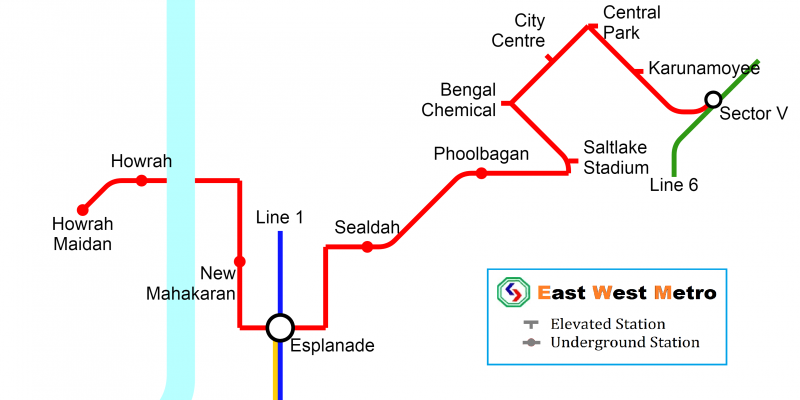 The Indian government has approval a new metro line in Kolkata. It is hoped that the US$1.17bn East-West Metro Corridor project will boost mass rapid transport in the area.
However the project has been approved 12 years ago, it had stalled because of land acquisition and other problems and, more lately, by the Covid-19 pandemic. Currently, a special-purpose body called the Kolkata Metro Rail Corp, will implement the project.

The line which its length is 16.6km, is going to have 12 stations and intends to ease congestion, improve connectivity and offer a cleaner form of transport for Kolkata-region commuters. It will provide mass transit speeds between the cities of Howrah and Salt Lake City and Kolkata’s business district. Interconnectivity in the area is going to be eased by intersections with suburban railway, metro, ferry hubs and bus.

However, there are major engineering challenges which have been expected: a length of the route will have to be tunneled under the River Ganges and will be country’s first-ever transportation tunnel under a major river; and problems could arise at Howrah station which will be one of the deepest metro stations in India.

The contract for the first HS2 TBMs to be signed