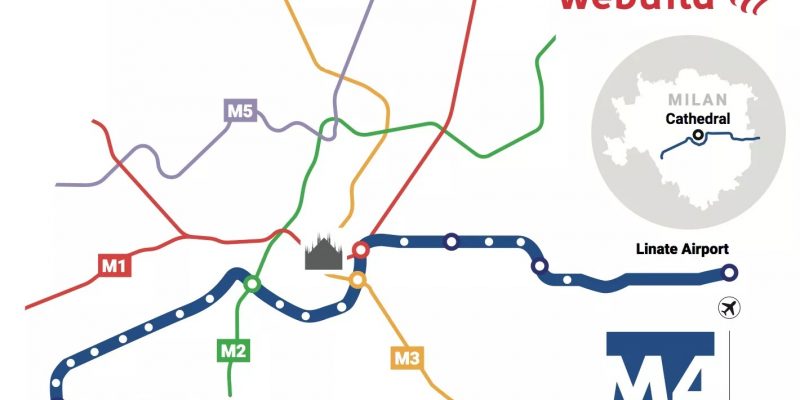 It has been announced by Webuild Group that on 9th September the first of two TBMs boring the central section of Milan’s M4 metro line broke through at the future Solari underground station. It is expected from the second TBM to hole through in a few days’ time.

In excavating tunnels with 9.2km length, 8.15m ID parallel, up to this point, the two TBMs have cleared 620,000m3 of spoil. The excavation reached a monthly production high of 540m, while working in complex geo-technical and geological conditions. 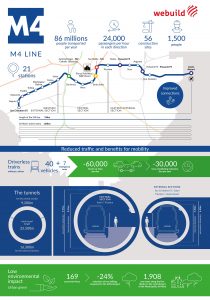 The line will have 21 stations and its length will be 15km. It takes only 30 minutes to cross the city’s historic center. The line will connect the eastern part of the city where the Linate city airport is located with the San Cristoforo FS station to the southwest. Intermodal links with other lines will improve the city’s network of public transport to develop the environment, taking some 16 million vehicles off the streets per year and reducing CO2 emissions by 30,000 tonnes per year. It is expected to have the first section of the line between Linate city airport and Forlanini FS station open by spring 2021.

Appointed by the City of Milan, the line is being constructed by mixed concession operator M4, which will also manage the line in which the city and a group of private partners led by Webuild Group are investors.
The merger between Salini Impregilo and Astaldi, have formed Webuild Group.