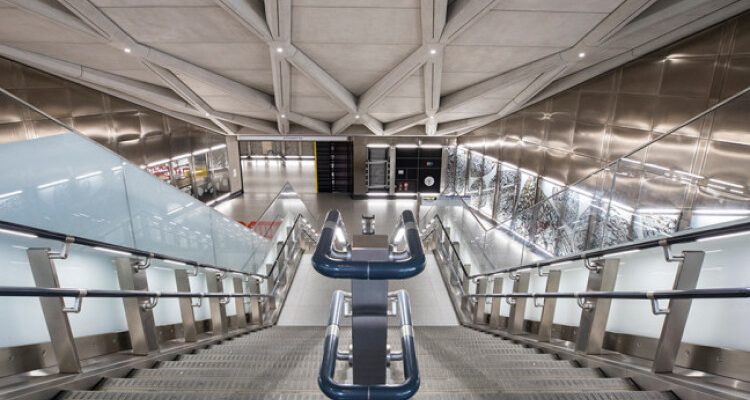 It has been announced by Crossrail that Farringdon station on the Elizabeth Line (Crossrail) is the first of the Central London stations to score the accomplishment of building activity.

The station has reached to level T-12, and is now ‘substantially complete’ and considered to be 3 months away from handover to project owner TfL (Transport for London).

Before the station is handed over, Bam Ferrovial Kier JV (the station contractor), can now start to demobilize from the site. The essential remaining work includes commissioning and the extensive testing of systems prior to the line opening.

In order to continue to meet its responsibilities as main contractor, a decreased BFK JV (Bam Ferrovial Kier JV) team will stay at the station until next year, supplying various services which comprise custody and care maintenance of the station systems and assets, and to maintain the final handover to Transport for London.

“This is an incredibly important landmark for both the team at Farringdon station and for the Crossrail project as a whole,” stated Mark Wild, the Crossrail CEO.

He also added: “We have now reached the end of the construction phase at the first of our Central London stations and the start of the testing and safety assurance journey which will enable us to hand over the station to Transport for London and open the Elizabeth line to passengers.”

The next station that is expected to reach T12 level is Paddington, followed by several other Central London stations in the upcoming months.

Berlin: U5 Subway Now into Service

Updates on the significant Victorian project in Melbourne