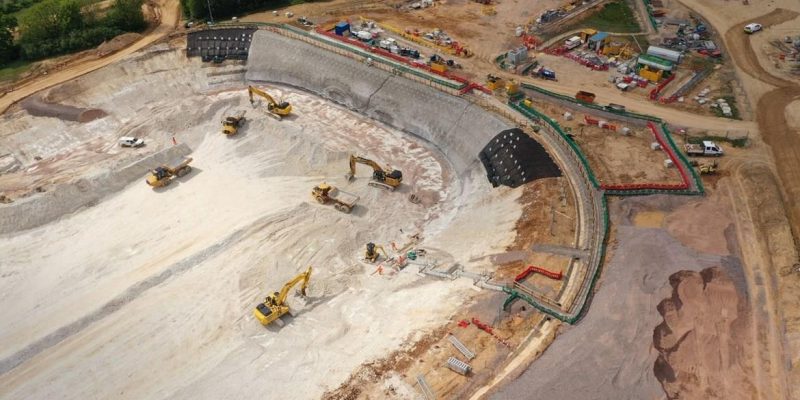 The calculated cost of the UK’s HS2 (High Speed 2) rail project phase one has increased by €881 million (£800 million), just one month after giving the green light for construction to proceed by the government.
Moreover, in the upcoming six months, new figures are going to be published, containing detailed extra costs related to the impact of Covid-19 on the project.

In the present circumstances, the suggested cost for the redevelopment of London’s Euston Station alone has risen by €440 million (£400 million).
However, after stopping work on HS2 last year, to perform an independent inquiry, the government decided the project – which is going to have high-speed trains running between Manchester and Leeds in the north and London in the south of England– was a key part of the country’s low carbon transport future. 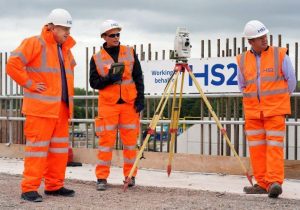 This week, after announcing the new figures, the minister in charge of overseeing the project, Andrew Stephenson, stated that there had been new “cost pressures” but declared they could be managed within the project’s €5.8 billion (£5.3 billion) contingency fund. However, he accepted that the ongoing pandemic could also cause more delays to the delivery of the project.
Originally, it was set to have phase one completed in 2026, but has recently been rescheduled for approx. 2029 to 2033. Here, even Stephenson indicated there were “some pressures on the earliest date”.
At the present, it is expected from phase one of HS2 to cost in the region of €49.2 billion (£44.6 billion).

On phase two, Stephenson mentioned he expected the work to be completed within a new target of €108 billion (£98 billion), which recently had cost calculations running as high as €117 billion (£106 billion).
“While the project has faced some cost pressures in carrying out preparatory works, the government still expects HS2 Ltd to deliver Phase 1 at the target cost of £40.3bn [€44.5 billion], below the overall funding envelope of £44.6bn [€49.2 billion]” said a spokesperson for the Department of Transport.

He added: “As construction continues, this government remains relentlessly focused on controlling costs, to ensure this ambitious new railway delivers its wealth of benefits at value for money for the taxpayer.”
High Speed 2 is currently Europe’s biggest infrastructure project and is employing many of Europe’s largest contractors, comprising Skanska, Vinci, Balfour Beatty, Strabag, Kier, Eiffage and BAM Nuttall.
Between these and other tier one contractors, it is expected to have 22,000 workers recruited for the construction of phase one.

Boris Johnson, UK Prime Minister stated that, in addition to being “vital in boosting connectivity between our towns and cities,” HS2 would create “hundreds of apprenticeships and thousands of skilled jobs,” which, he believed, will “fire up economic growth and help to rebalance opportunity across this country for years to come”.

Zheleznitsa Road Tunnel Planned to be Operational in March 2022