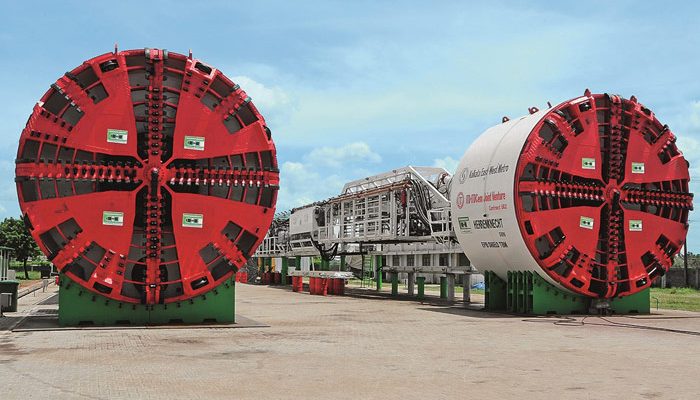 After 14 tunnel workers received positive Coronavirus test results, the tunneling was halted near Bowbazar. Although some countries were able to pass coronavirus’s peak, India struggles to get the situation entirely under control.

“That is why tunneling work on the East-West Metro corridor in Bowbazar locality of Kolkata has been partially affected,” said the official of Kolkata Metro Rail Corporation Limited.

Previously the pandemic spreading over India shut down the project for almost three months. However, laborers return to work on the site on June 19. To begin digging the last 1.8km, TBM Urvi replaced TBM Chandi after the machine hit an aquifer in 2019.

The transport infrastructure consists of both above (from Sector V to Subhas Sarovar point) and underground path (from Subhas Sarovar station underneath the river Hooghly).

The first stage of the metro rail stretching from the east at Salt Lake Sector V station to Howrah Maidan at the west, including six stations, has been in use by commuters since February 14.