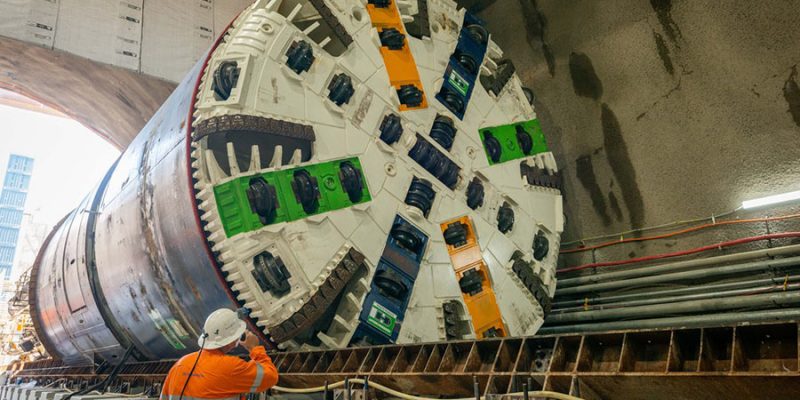 The Cross River Rail twin running tubes digging has been started in Brisbane, Australia. The intended section is the new 10.2km rail link between Dutton Park in the south of the city and Bowen Hills in the north which is 5.9km underground and will be excavated by both TBMs and roadheaders. 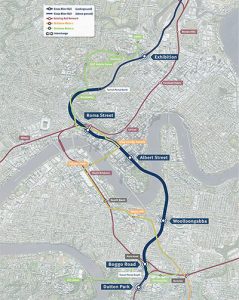 Two 115t roadheaders, previously used to excavate the new Woolloongabba Station cavern, are 30m into excavation of the 870m twin tubes between Woolloongabba and the new Boggo Road Station site. An amount of 86,000m3 of muck, will be excavated by the 22m-long machines with a rate of 60 tonne/hour. Three cross passages at 240m distance and a temporary cross passage, are also subsets of this excavation program.

Generally, this project which involves, contractor CPB Contractors-Ghella-BAM International JV, digging the station caverns at Roma Street and Albert Street, as well as at Woolloongabba and the southern part of the twin alignments, is implemented by six roadheaders.

Two 7.2m diameter refurbished Herrenknecht TBMs, which are going to excavate the northern 5km of the path, will be launched at Woolloongabba site. 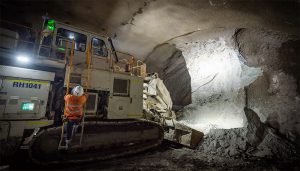 According to a spokesperson from the Cross River Rail Delivery Authority: ” The first machine launched in January 2021 and has so far installed the first two of 25,000 concrete rings that will line the alignments.”  Each ring weighs 4.2 t and contains six segments.

“The second TBM is now being assembled in the Woolloongabba Station box and is expected to launch soon,” added the spokesperson.

The TBMs that formerly used to excavate the Sydney City and Southwest Metro, will drive beneath the Brisbane River and the focal business area, through the Roma Street and Albert Street Stations, before emerging at the northern portal.

If both roadheaders and TBMs break through by end 2021, the estimated date for completing the excavation of total of 5.9km route is 12 months.