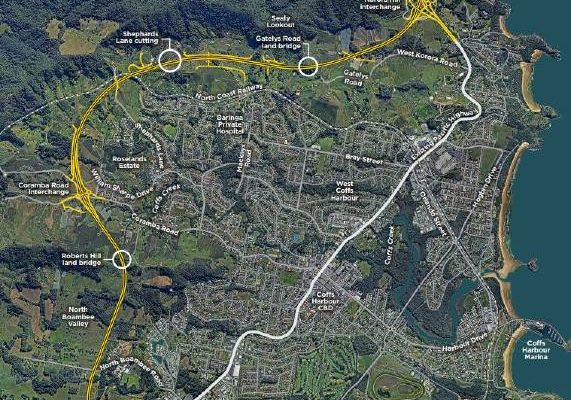 The Coffs Harbour bypass project with 14 km length is invested by the Australian and NSW governments and it is going to promote the regional economy and modify connectivity, road transport performance and safety for local and interstate motorists.

On 9 November 2020, the NSW Minister of Planning and Public Spaces issued planning approval for the Coffs Harbour bypass project. The Federal Minister for the Environment subsequently approved the project in December 2020.

Improving this project’s results for the environment and the people of Coffs Harbour is accessible by inclusion of tunnels in the project. In the coming year Geotechnical researches and survey work will also continue. The preferable path for the Coffs Harbour bypass was confirmed in 2004 and provided a four lane divided motorway standard road from Englands Road in the south and linked with the newly upgraded Sapphire to Woolgoolga section in the north. The route transits through the North Boambee Valley, through the Roberts Hill ridgeline and then traverses the foothills of the Coffs Harbour basin west and north to Korora Hill.

Main specifications of the project are:

The deadline of the tender for the selection of eligible survey personnel for survey services during primary works on the Coffs Harbour Bypass was fifth of the February 2021. Further information about the tender Respondents is attached here. Also, you can find more about the project here and here.