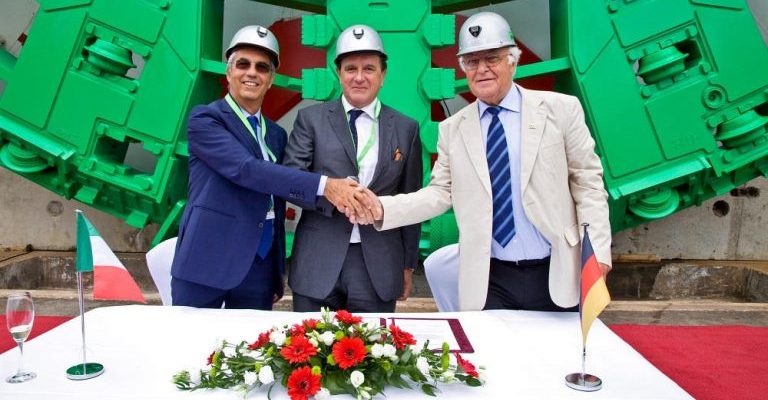 The largest TBM (tunnel boring machine) ever used in Europe has complemented its drive as part of the 7.5 km Italian Santa Lucia Tunnel project.
In June, the 15.87 m-diameter Herrenknecht giant size borer which has been manufactured in southern Germany, broke through, following an exclusively complex dig process through the Apennine Mountains.

One of the significant elements in the expansion of the A1 highway will be the three-lane tunnel which is going to be run between the cities of Bologna and Florence. When completed, it is expected that the tunnel reduces the probability of road accidents, as well as reducing levels of CO2 emissions.

Herrenknecht worked with the contractor to tailor the machine to some conditions, including the addition of a warning and protection system for the onboard crew, because of the presence of significant methane gas deposits in the ground.

In July 2017, the 4,800 tonne TBM’s dig began and the machine drove up to 122 m of tunnel per week for approximately three years, before completing its run, having excavated some 1.5 million cubic tonnes of material.