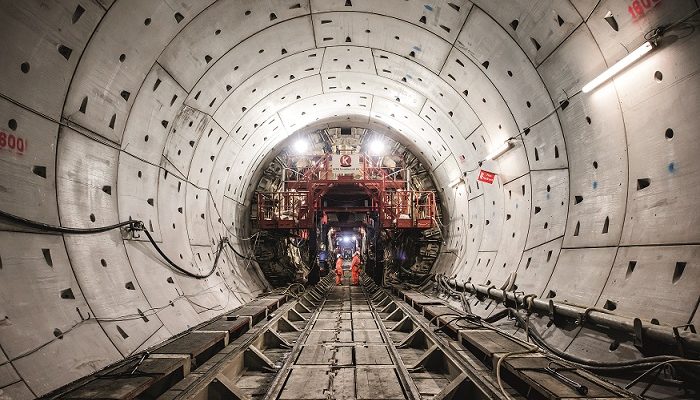 Barhale, one of the UK’s largest civil and infrastructure services providers that was established in 1980 as a specialist tunneling contactor, has secured a key Thames Water AMP7 contract. The £22m (US$28m), four-year programme contains works and inspections on the TWRM (Thames Water Ring Main) and raw water tunnels.

Barhale will preserve and monitor a total of 35km of ring-main tunnels and a further 9km of raw-water tunnels. Related works comprise the relining of a 1.8km length of the 2.5m-diameter outlet and inlet tunnels for the QEII Reservoir at Walton-on-Thames, Surrey.

The Thames Water Ring Main is an 80km long, 2.5m-diameter tunnel constructed between 1988 and 1994 to transfer flows via pumping stations housed in shafts along the route and supply water from five treatment works. This is a significant part of London’s water supply infrastructure and supplies an average daily flow of nearly a sixth of London’s daily demand.

“The TWRM and the raw-water tunnels are absolutely critical pieces of infrastructure for London and the scale of the task cannot be underestimated. To put it in perspective, one element of the programme of works will be the replacement of all of the grout-hole caps along 27km of tunnel – a total of 217,000 at around eight per meter,” stated Phil Cull, Barhale’s Southern Region Director.

While Barhale is still active in tunneling, it has also expanded into other areas such as energy, transport, water and the built environment.

Meet with the Robbins Team at WTC 2020