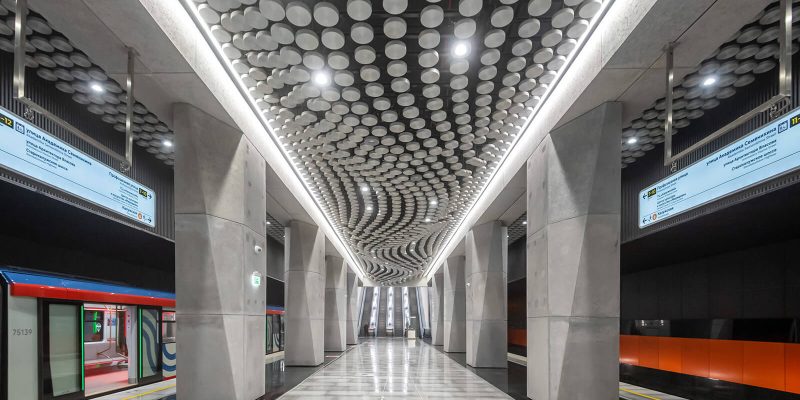 The intended project that considers as the world’s longest underground metro, is getting ready to open as a section of the metro on the Big Circle Line in Moscow.

The date of passenger’s access to this newly-completed section with 20km length that has nine new stations plus one opened after refurbishment, is December 2021.

The Big Circle Line (BCL), which is an ambitious project globally, is due to comprise 31 stations, and is 2022 is the determined date for its completion. Finishing this project with a whole underground length of 70km will present the longest fully underground metro line in the world, surpassing that of Beijing by more than 10km.

To speed up the pace of construction on the BCL, Russian engineers used solutions deemed unconventional for Moscow, explained Anna Merkulova, CEO of the Mosproekt-3 Group of companies.

She asserted: “We have put stations closer to the surface to increase the amount of work done by tunnel boring machines. Coupled with the unprecedented number of TBMs engaged on the project, such a solution offered the possibility of improving the time needed for constructing new underground infrastructure.”

Registration of BCL line in the Guinness Book of World Records is probable due to using up to 23 TBMs simultaneously to bore the line’s tunnels. Meanwhile, December 2021 is the announced date for the inauguration of six of the ten designed stations by experts from Mospromproekt that is a part of the Mosproekt-3 Group.

Although starting an update of the Big Circle Line, which is part of the large-scale, off-street rail transport system development program by Moscow authorities in 2011, it is planned to double its size by 2024 (exceeding 1,000 km), as well as raising the number of stations by 120. The Moscow Metro, ground-level interchange line (Moscow Central Circle), and several suburban railroads (Moscow Central Diameters) are the subsets of this consolidated transport system.