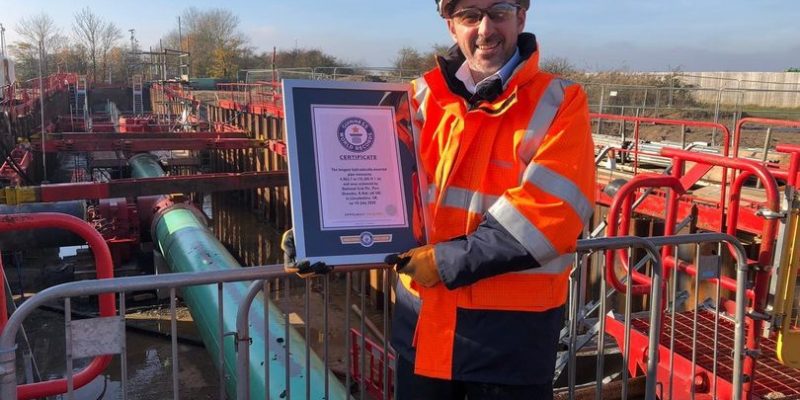 National Grid, an English energy company has undertaken what has been hailed as the world’s longest hydraulically-inserted pipeline, which now formally recognized by Guinness World Records.

The 4.96km-long River Humber Gas Pipeline project that was handed over last week, included a new 3.65m internal diameter tunnel to house a significant section of gas pipeline under the estuary of the River Humber in North East England. National Grid completed the feat working in conjunction with the Porr Skanska A.Hak JV.

Changing the current pipeline was obligatory because of a shifting river bed over the years which terminated in exposing sections of the pipeline to the mercy of the tides. The US$131m (£100m) project was completed in two phases. First, a tunnel of 4.38m excavation diameter was bored 30m under the river in chalk geology by M-2141, Herrenknecht mixshield TBM installing a segmental lining as it advanced. The machine excavated through into a reception shaft at Paull on the river’s north bank after an 18-month operation. 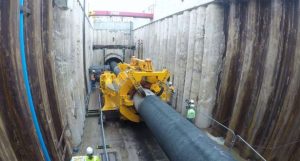 Once finished, the tunnel was flooded with specially-treated water to help installation of the steel pipe push-through and guarantee no adverse reaction happened with the steel.

In this year’s spring, two hydraulic thrust machines pushed through great 620m pre-welded parts of steel pipe from the south side of the river at a rate of nearly one meter/minute; each new pipe part was welded to the one in front.

Excavated material from the first stage was reprocessed and graded before being used to aid restore a nearby quarry. Currently, the pipeline being linked to the UK network with gas expected to start flowing by December 2020. During the winter, it will convey approx. 25% of Britain’s gas.