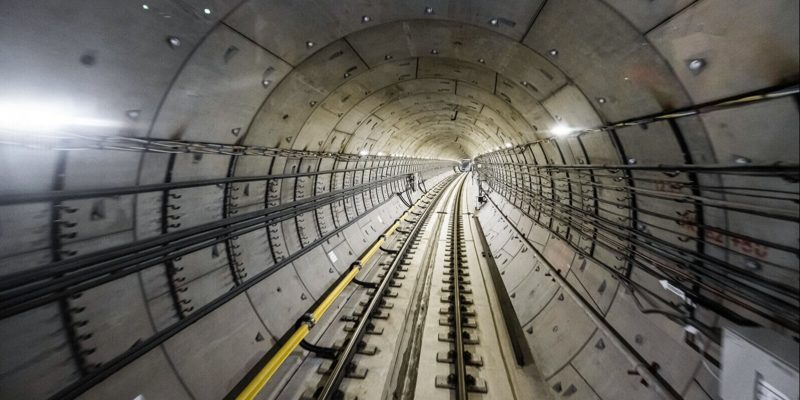 The Deputy Mayor mentioned that the construction is being done on the territory of the former industrial zone with an area of about 15,7 hectares. The depot will be placed in the west of the capital at the intersection of General Dorokhov Street and Vereyskaya Street.

Andrey Bochkarev, Deputy Mayor of Moscow on Urban Planning and Construction stated: “The main stage of the construction of the Aminyevskoye electric depot designed to serve the Big Circle Line (BCL) of the Moscow Metro has started.”

The operator of the Moscow Metro Development Programme is Mosinzhproekt Engineering Holding.

Bochkarev asserted: “The preparatory work has been completed on the construction site of the future Aminyevskoye depot: the builders completed the dismantling of the existing structures, are carrying out active earthworks and have proceeded to the principal stage of work.”

The Head of the Moscow Complex of Urban Planning Policy and Construction said: “The construction of the new electric depot will make it possible to provide the necessary train schedule and create additional capacity for the overnight storage and repair of the BCL railway rolling stock. In total, it is assumed to erect more than 40 buildings and structures designed for train maintenance.”

As he explained, the tunneling of the connection line is carried out between the Big Circle Line and the depot, which is now under construction.

The General Director of Mosinzhproekt JSC, Yuri Kravtsov, indicated that already the most of tunneling has been finished.

He added: “The shield “Esmin” is implementing the tunneling, the tunnel will pass from the transfer chamber between the Aminyevskaya and Davydkovo stations. Almost 600 meters out of about 800 planned have been passed.”

The head of Mosinzhproekt specified that plus the tunnel from the transfer chamber to the Aminyevskoye depot, there will be two extra tracks running from the exit chamber of the Davydkovo station, containing the elevated overpass.

“Here we continue the installation of the enclosure structures made of secant piles, they are also at a high level of readiness,” continued Yuri Kravtsov.

The BCL is the key metro construction project in the capital. It is going to be 70 km long and will contain 31 stations. Already, there are 12 stations operating for passengers, and 9 new ones and the reconstructed one will be commissioned by the end of the year.