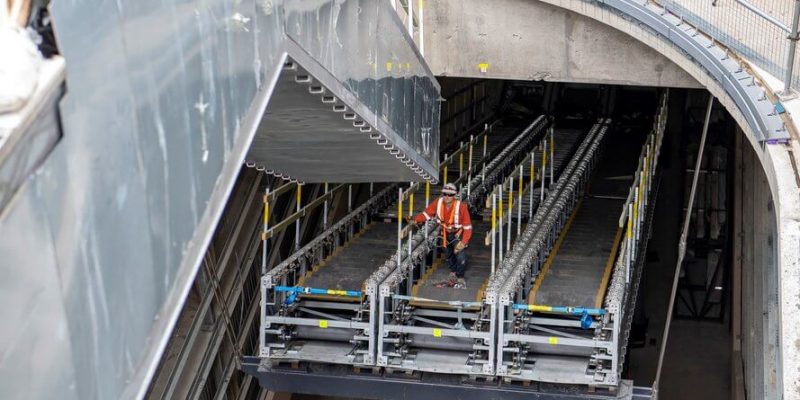 Considering the conversion of Central Station to the Sydney Metro of Australia’s busiest railway station, the largest escalators in the southern hemisphere have been installed at this site.

While the digging process of the underground station has been completed 27 meters beneath the surface and the new metro platforms installed, work is also undergoing on Central Walk, which’s has a 19-meter width and 80-meter length concourse underneath platforms 16 to 23 and it is going to link metro customers to suburban, intercity and regional rail services, buses, coaches and light rail.

The Northern Concourse canopy, which presents an extra 540 square meters of open space, has been installed sat up and currently is part of the Central landscape.

The landmark canopy over this transformed pedestrian thoroughfare, made in the Hunter Valley, sits 16 meters above ground and weighs 330 tonnes.

More than 373,000 tonnes of predominate sandstone have been excavated from the Metro box, 67,200 tonnes of concrete poured and 850 tonnes of structural steel installed.