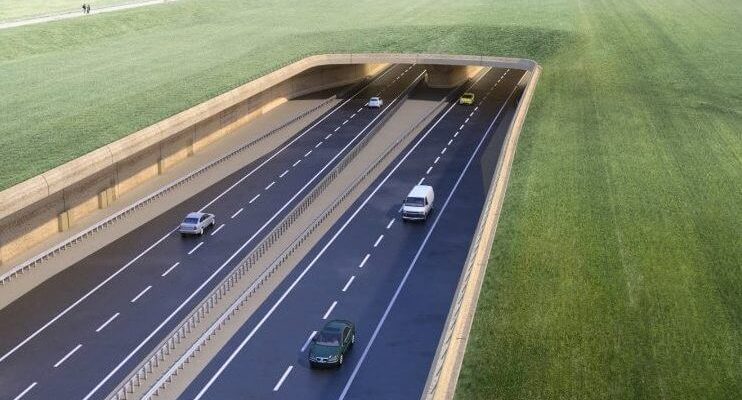 In order to providing safe and effective incident management and potential protest management response for its A303 Stonehenge Tunnel project, National Highways is seeking to procure a contractor.

Despite the Planning Inspectorate’s recommendation, the project constructing a 3.3km tunnel beneath the Unesco world heritage site as part of its 12.8km dolling of the A303 in Somerset by roads operator was initially got approval from former transport secretary Grant Shapps in November 2020, but this was overturned by the High Court who ruled that his decision was unlawful. However, the plan was not halted and the government is currently re-determining its decision in light of receiving more carbon detail from the roads operator.

Considering the concerns about the adverse effects that the works and subsequent traffic will have on the world-famous location, this scheme has been subject to much scrutiny from Unesco, among other parties. Also National Highways has rejected bides of building a longer tunnel to reduce due to the cost of £730M more.

With the aim of advancing the Stonehenge Tunnel project, National Highways seems to be expecting to get the green light from the government but is also anticipating unrest and protest around the works for the duration.

Although the time period of tender for specialist security services is five years initially, it could be extended for a further three years at National Highways’ discretion. The estimated budget for full eight-year contract is between £5M and £10M, with the value dependent upon service requirement.

In order to minimizing any impact on National Highways’ program and reputation, the roads operator requires the contractor to implement incident management and response to protesters safely and effectively.

23th of January 2023, is the determined deadline for applications.

Following a new report from the National Audit Office, it is revealed that the expected cost of the scheme has been increased from £1.7bn to £2.4bn.

Meanwhile, in May this year, a joint venture known as MORE JV comprising Spain’s FCC Construcción, Italian firm WeBuild and BeMo Tunnelling from Austria, was lined up to deliver the tunnel and main construction work.

The value of awarded contract to Costain and Mott MacDonald as assurance delivery partners on the scheme is £60M.